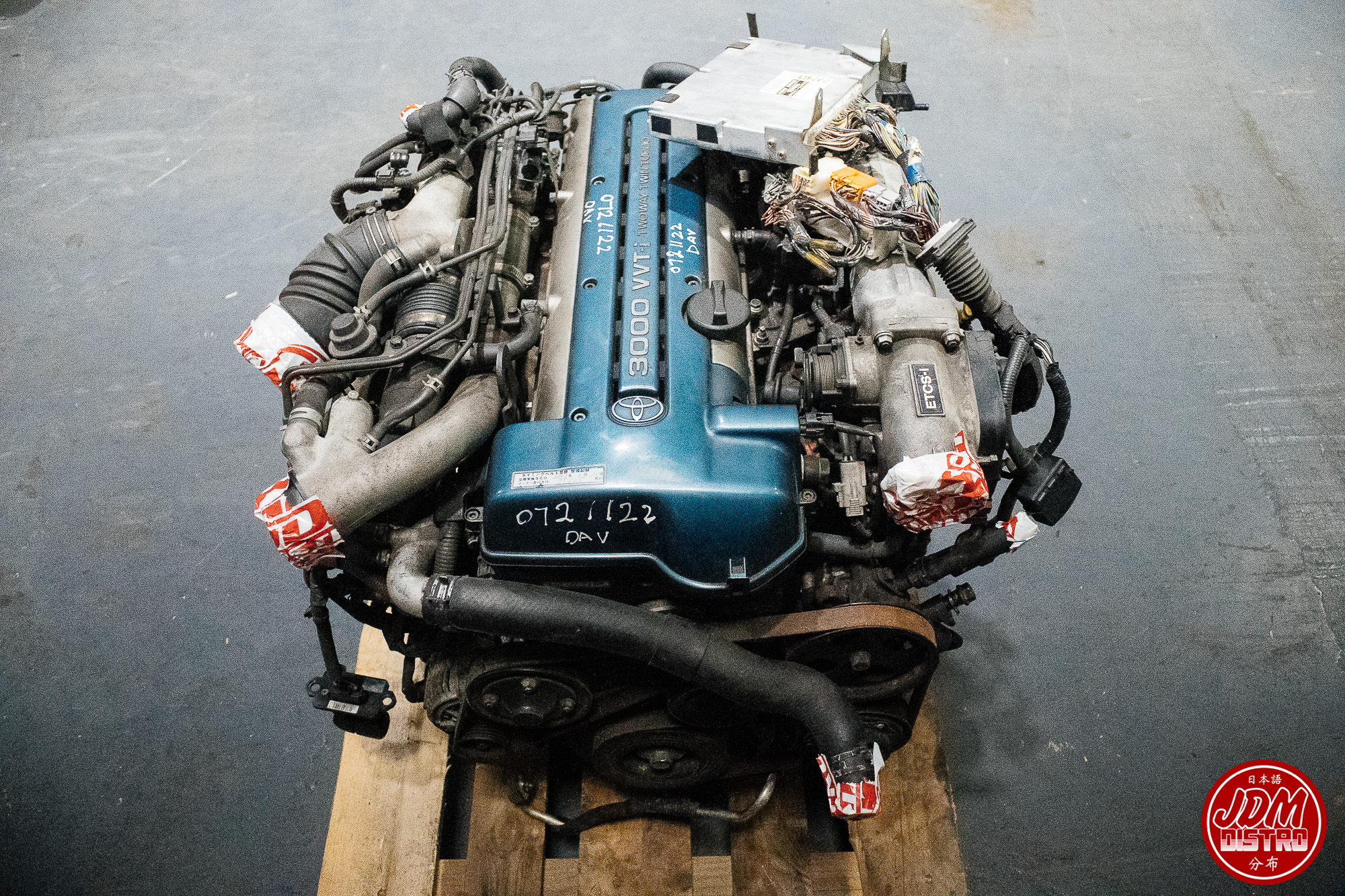 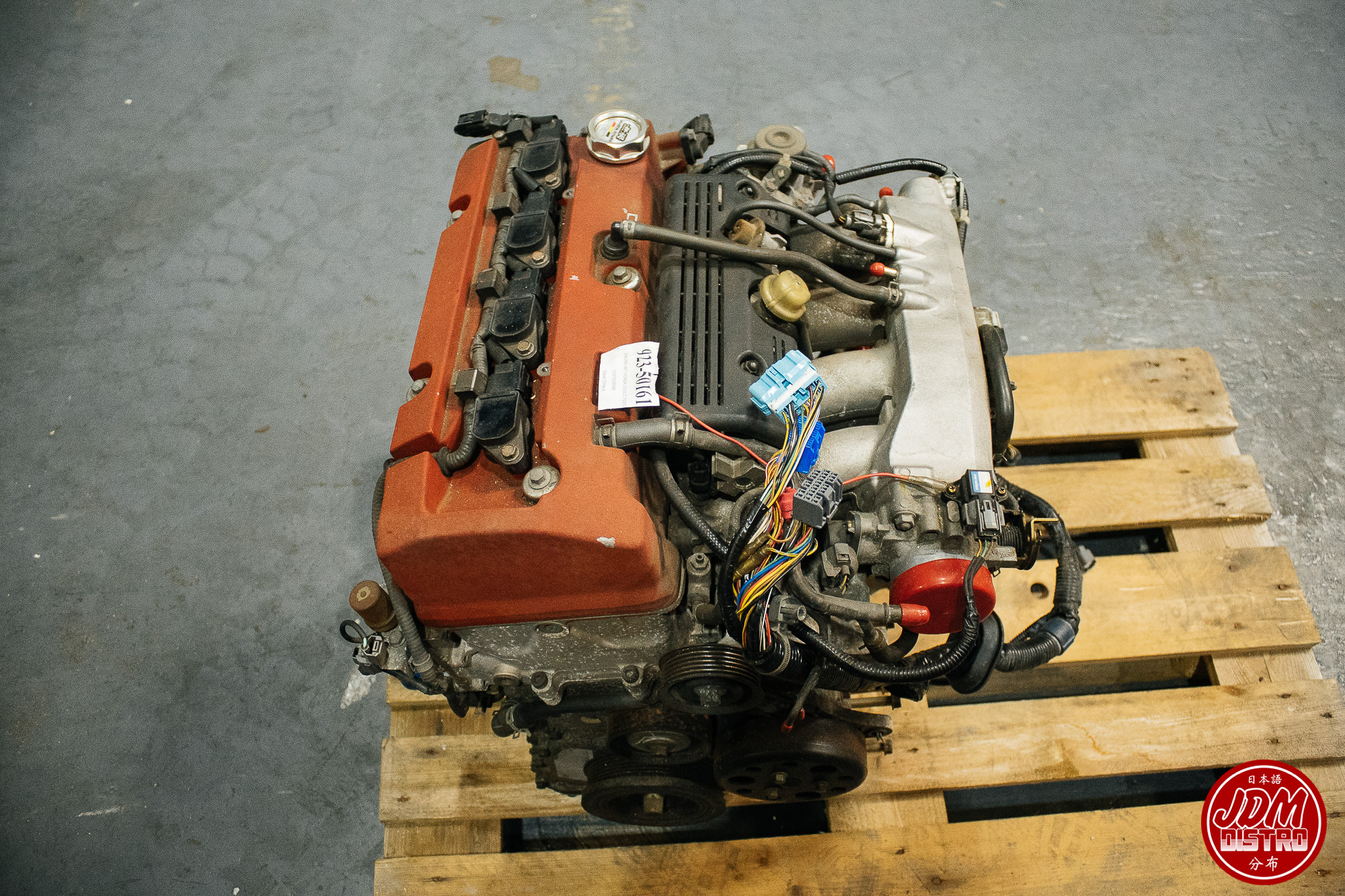 With every container shipment, we usually get a batch of engines. Sometimes depending on the demand, we could have two or three pallets loaded on every 40ft, it all depends on how quickly we shift what’s in the warehouse. With each batch, we have to break down the engine pallets, put them on separate pallets and line them up for inspection.

We check the engines for damages, leaks or other stuff; we buy from reputable sellers to ensure we get a decent product. 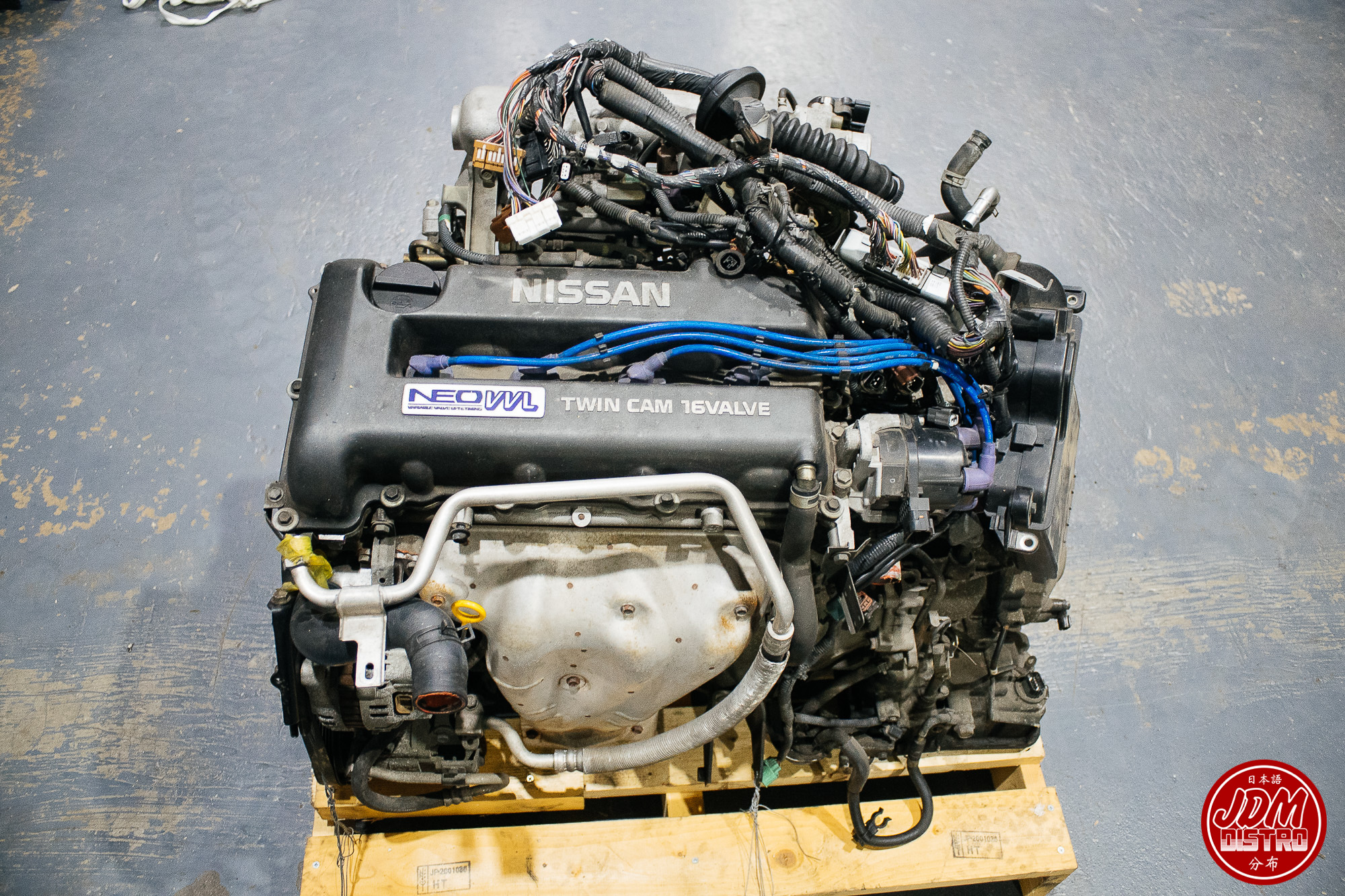 Once we’ve finished assessing them, we compression test the engines which were missed or do another test to satisfy potential customers. From years of testing RB25’s, 1JZ’s and 2JZ’s we’ve found that buying these from non modified standard cars is the best route. The main engines above, along with SR20s are always prone to having a hard life in japan if we purchase them from modified cars. 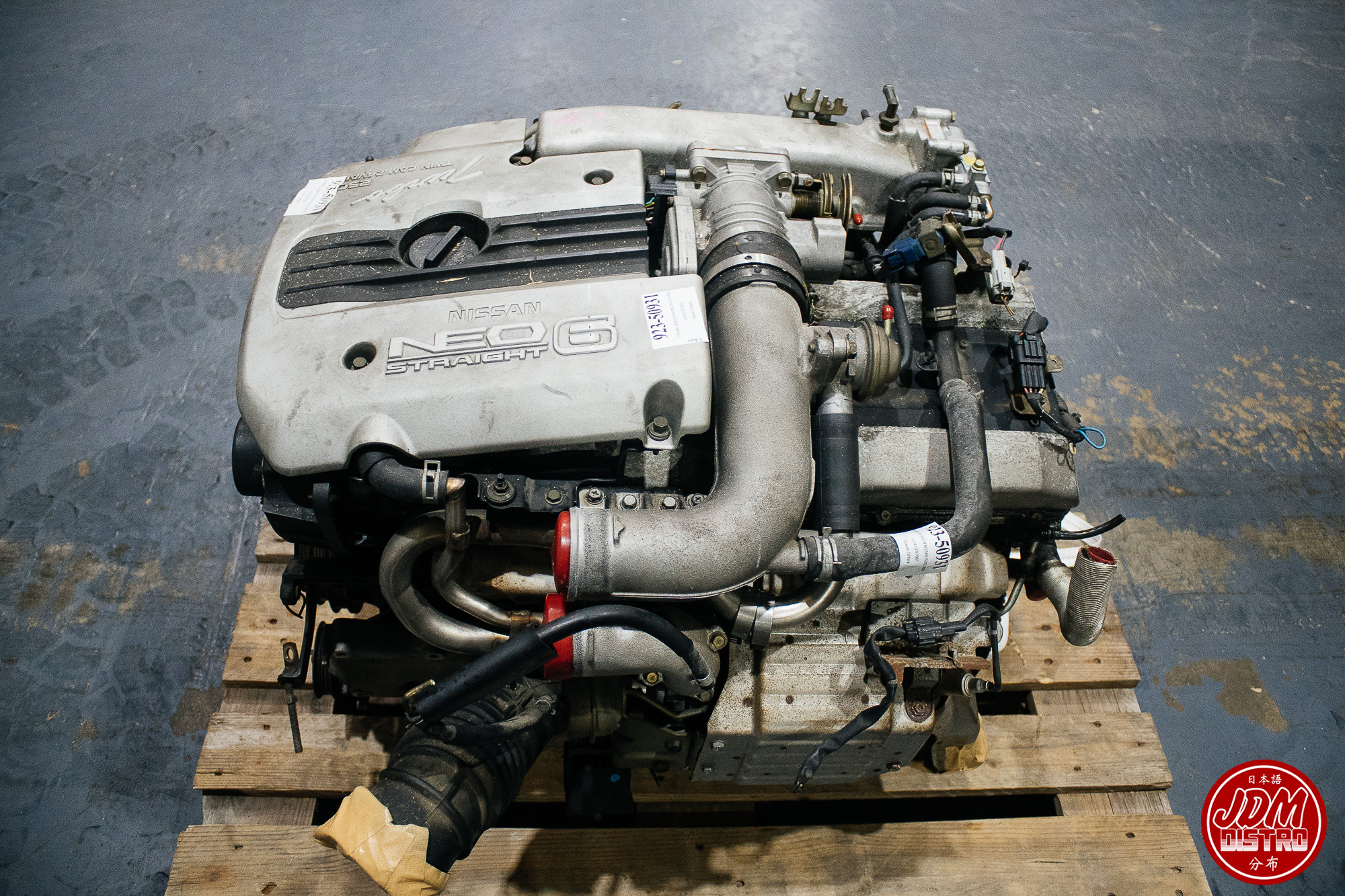 The best chance of a future customer having a good engine would, for example, purchasing an RB25 that had a straightforward life from a standard car with a lazy automatic box, tipping around the countryside in Japan powering a Stagea or something similar. These are usually in mint condition, regularly serviced clean engines. Same goes for the 1JZ’s we try to pluck these from Automatic Crowns. Fortunately, all the 2JZ’s come from JZS161 aristos, and these only sold as automatic luxury cruisers.

Thankfully they mas produced this car the Aristo, with over 300k units of each generation. Otherwise, the world would have a minimal supply of 2JZ engines as they only made just shy of 50 thousand Supras.

Our best sellers are the 2JZ’s with the 1JZand RB25 coming in second and third. These are arguably the most common engine swaps for drift cars, RB26’s have been priced out of the average man’s budget in the last few years, they don’t seem to have the brute ignorance of the other three for drifting.

We sell a lot of SR20s too, but they aren’t as common as they used to be. We bring stuff in on the request for customers like Redtop Beams or 4G6S’s for Lancer Evolutions, pretty much whatever we can find. We also do the more awkward stuff like this RB26 bottom end, and hard to import items like crankshafts and blocks which can only come by a container. Gearboxes are another thing we do a lot of, anywhere from R154s, only found in manual 1JZ cars from Toyota. These are a popular item for people wanting to convert their supra to manual conversion or any of the x90/x100 series. The more popular boxes have shot up in value over the last number of years due to supply; people are starting to look for alternatives like the 350Z box which has become a common enough swap for many RB powered cars. These are bought for similar money to the RB boxes and seem to do a better job. Prices have crept up on engines over the last few years; there was only so much of this stuff produced, we should be very thankful Japan has such a large population as they mass-produced this stuff mostly for their people. The Japanese car world would be a very different place if all these items were made in much smaller quantities.

Some day this stuff is going to dry up, and people will have to think of alternative ways to get their kicks. We could all be driving around in electric cars by then. 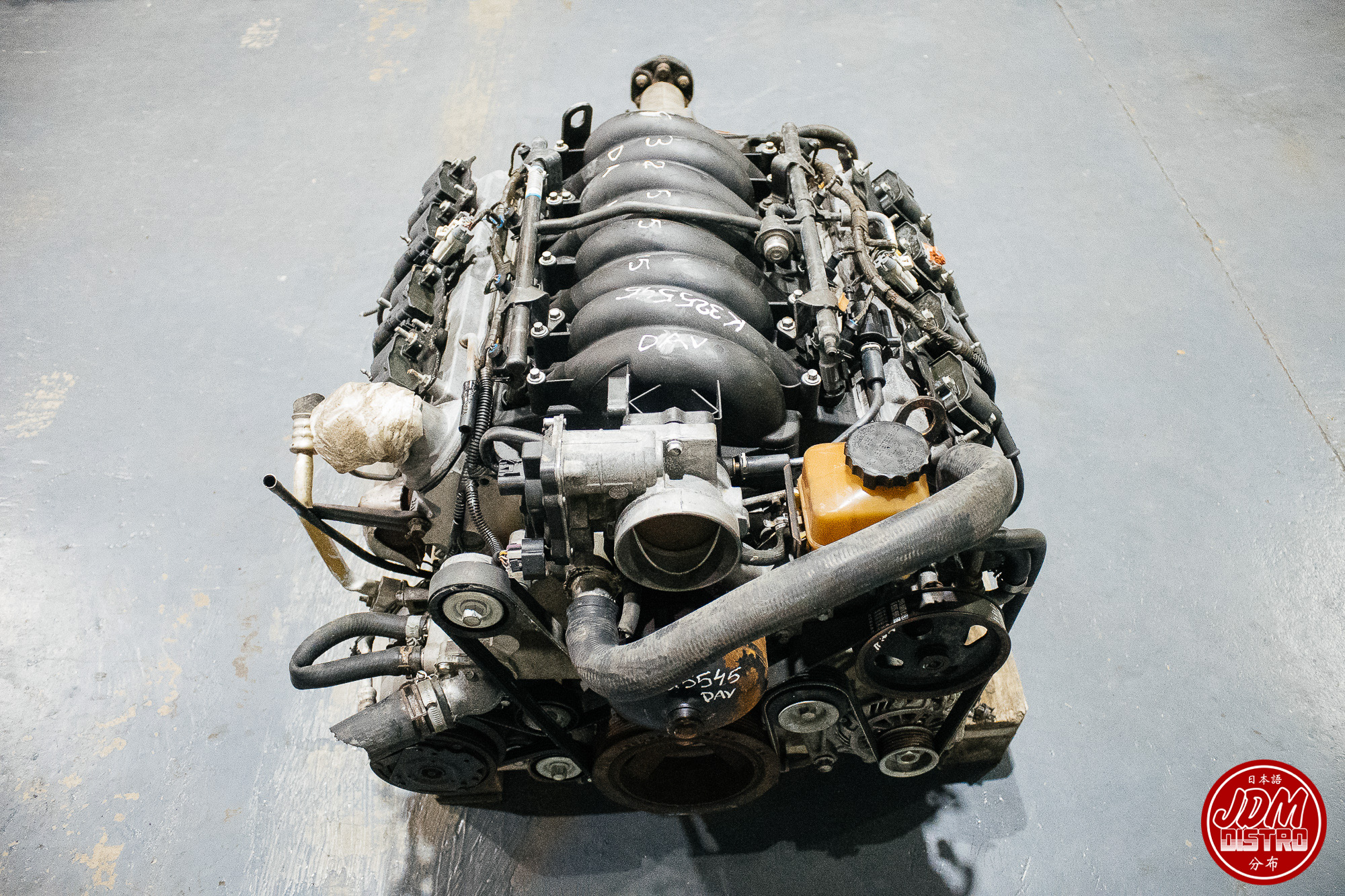 As the prices for Japanese engines start to climb, we have started looking at other engines like these LS1s from the states for people building drift cars. We can get an endless amount of these at the moment, and it becomes another alternative. The next ten years will be an interesting time for us; buying used parts from Japan will inevitably slow down as we grab as much of this stuff before it’s all disappears. Who knows, the governments of the world could have stopped us all driving combustion engines by then.

Until we reach those times, we are going to keep bringing them until we can import no more!