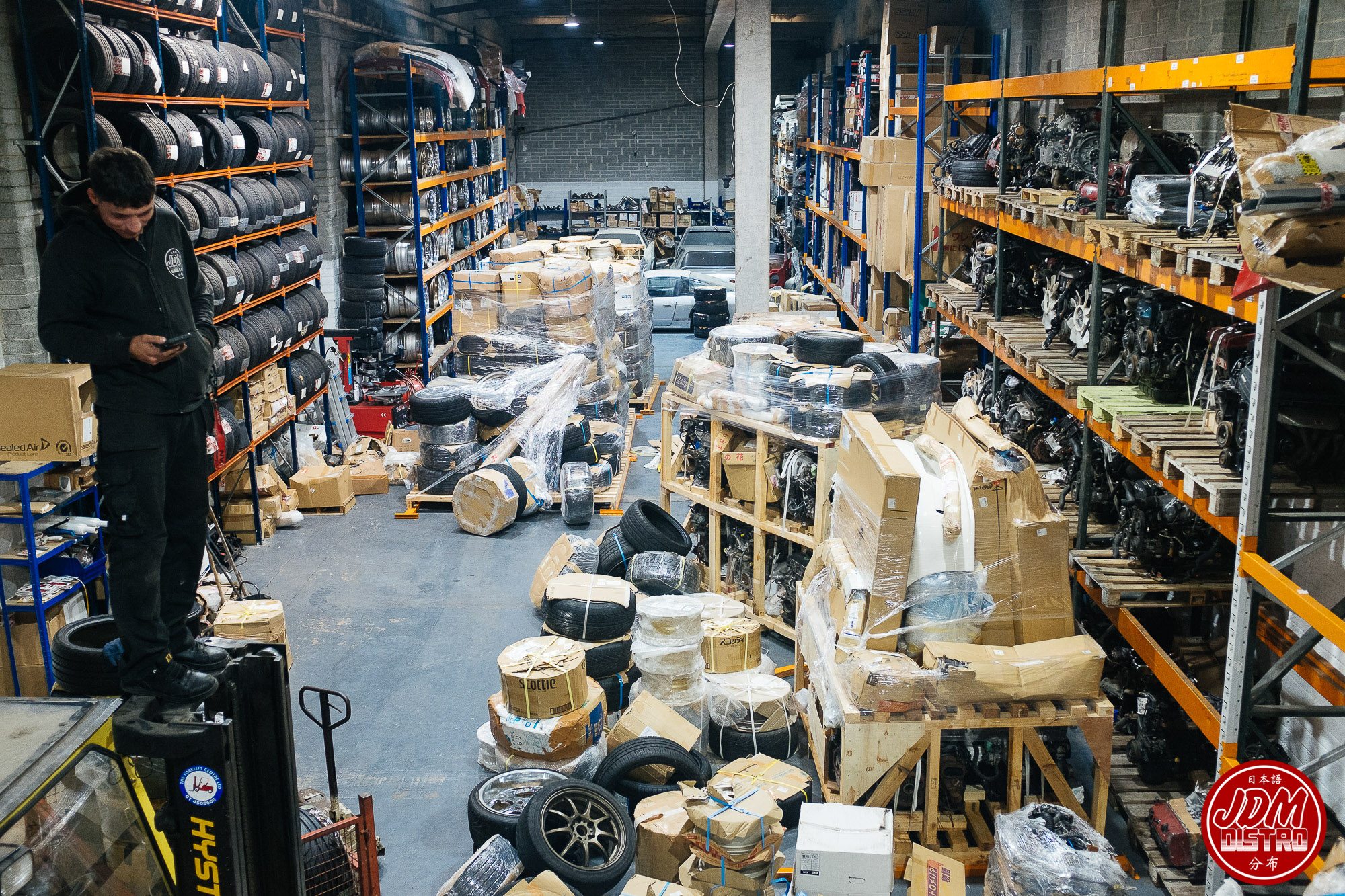 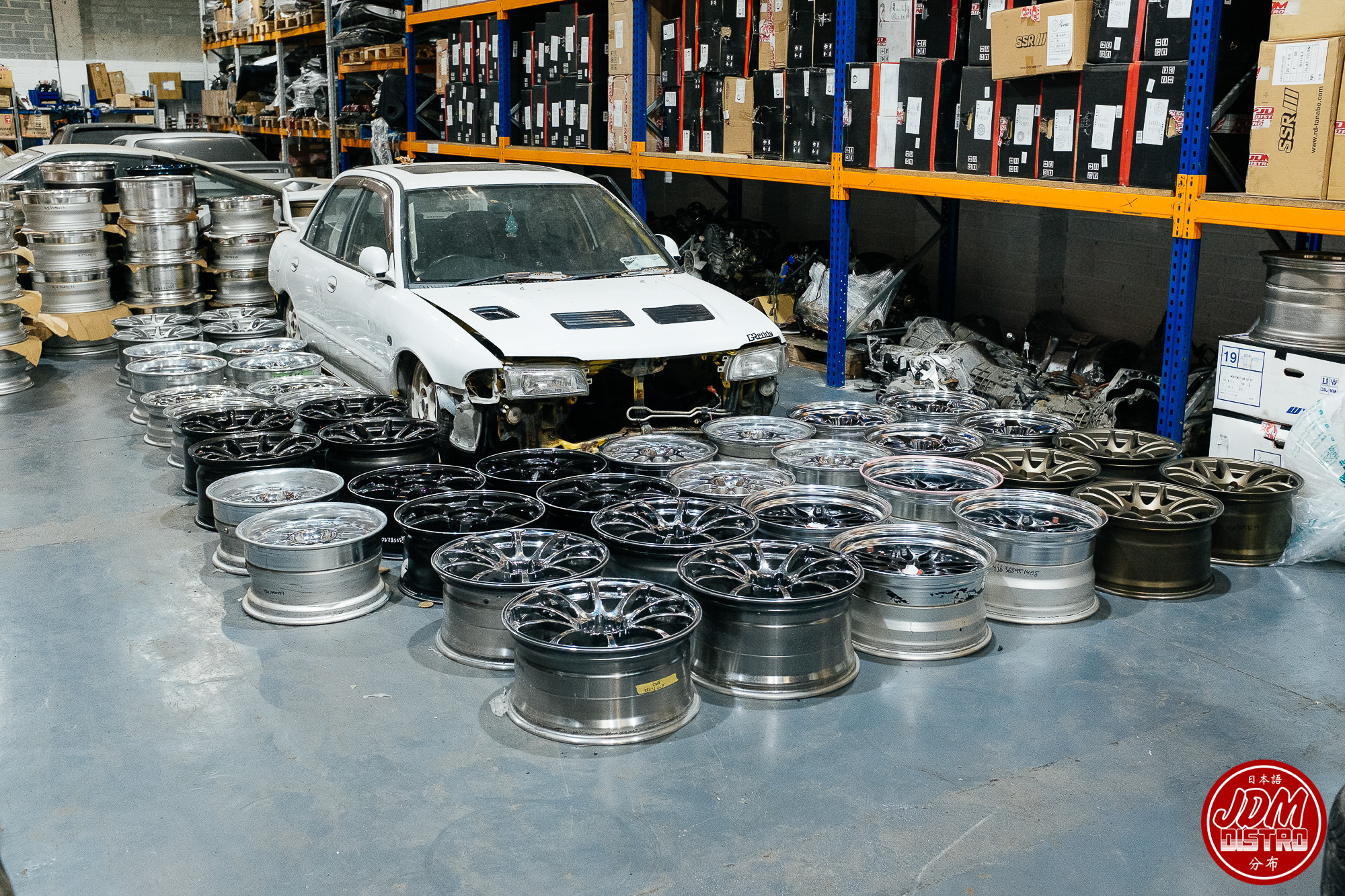 Late last year, we received a wave of containers from Japan to try and catch up on the amount of purchasing we had been doing. We had a stack of stuff sitting in our Japanese warehouse and it was time to bring it home. We managed to sell on the Evo III shell just before it was completely suffocated which was a nice bit of much-needed space this container. 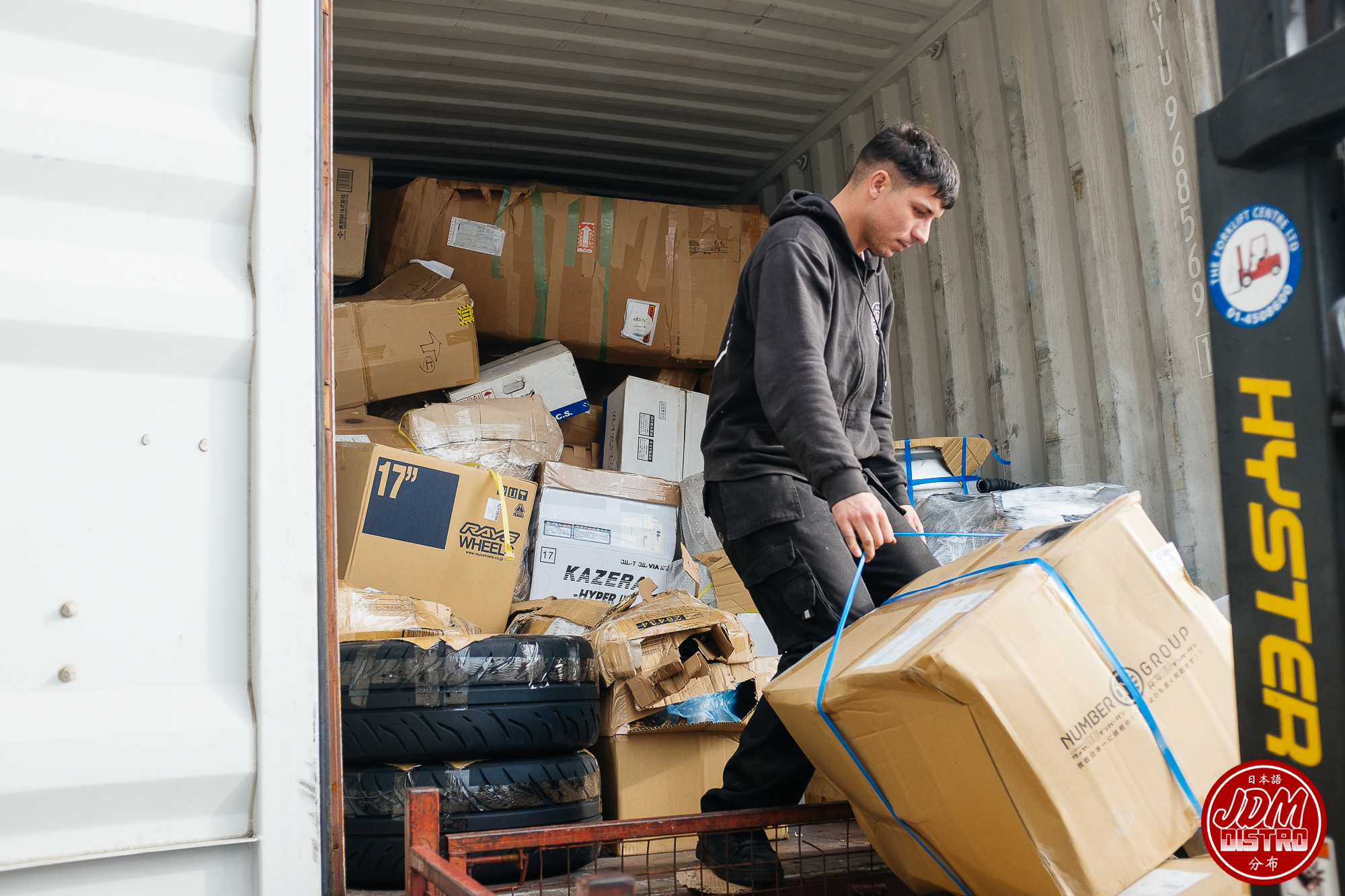 From September to December we brought in four containers of goods, three were 40 feet and one twenty-foot with just engines. The warehouse was as stocked as would ever see it with little to no room to move about, we weren’t complaining, there was heaps to look at. This container in October was mostly filled with wheels as we were expecting a container with over 50 engines to arrive a month later. 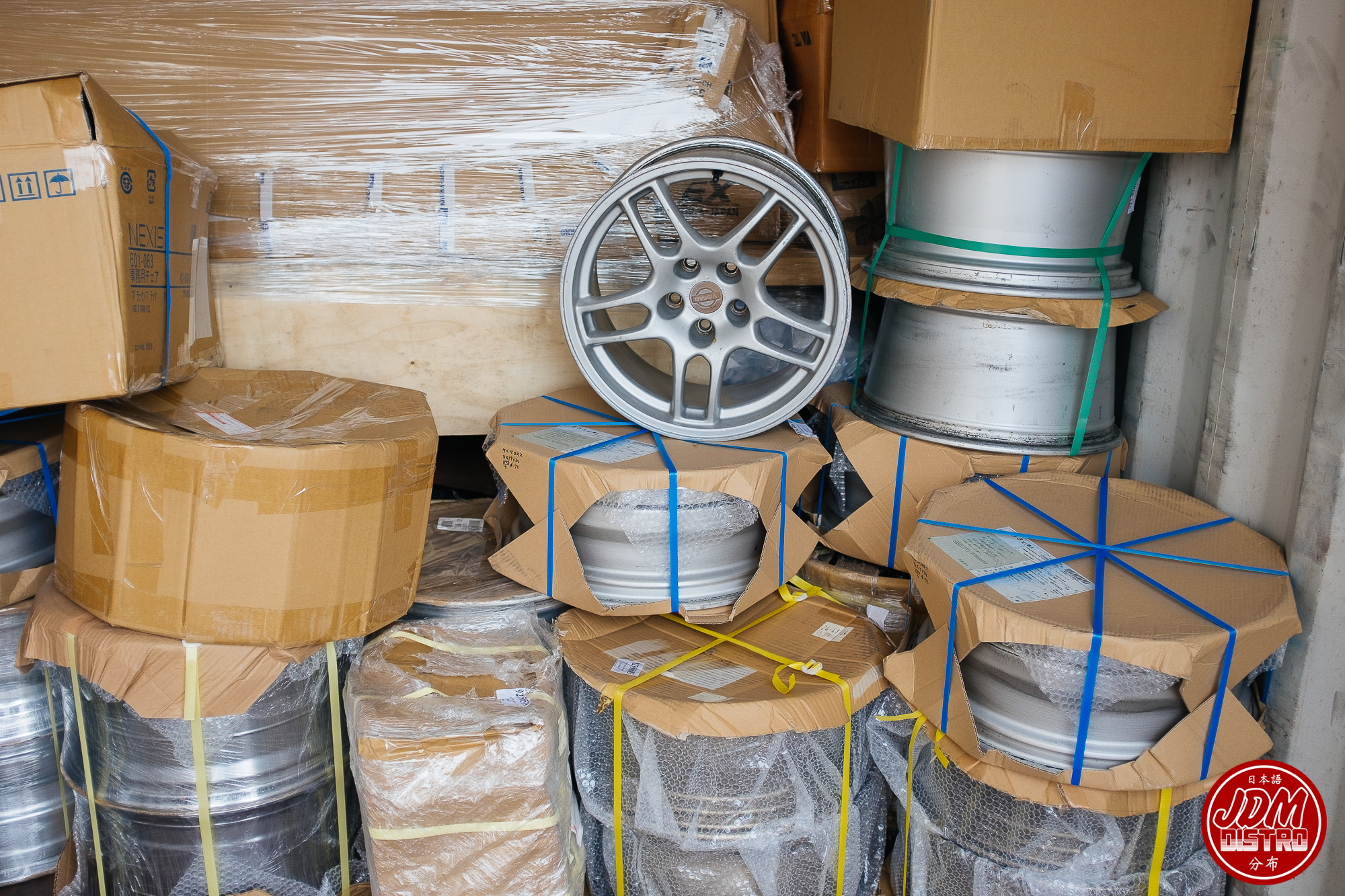 This was by far the biggest collection of wheels we had imported to date with over 100 sets expected to flood the floor. There was one crate of engines and a stack of aero but the sheer amount of wheels was something to behold As always we try to unload in less than two hours, after the two hour period we start to get charged some hefty fees. These days with all the container arrivals, we have the system perfected. We can unload a 40ft without a loading dock in just over an hour which is good considering the methods we have to use. You might have seen from the recent video, one of our pallets full of wheels had broken loose at the time so that delayed us a little as we had to individually pass wheels down one by one. Not the most ideal situation. 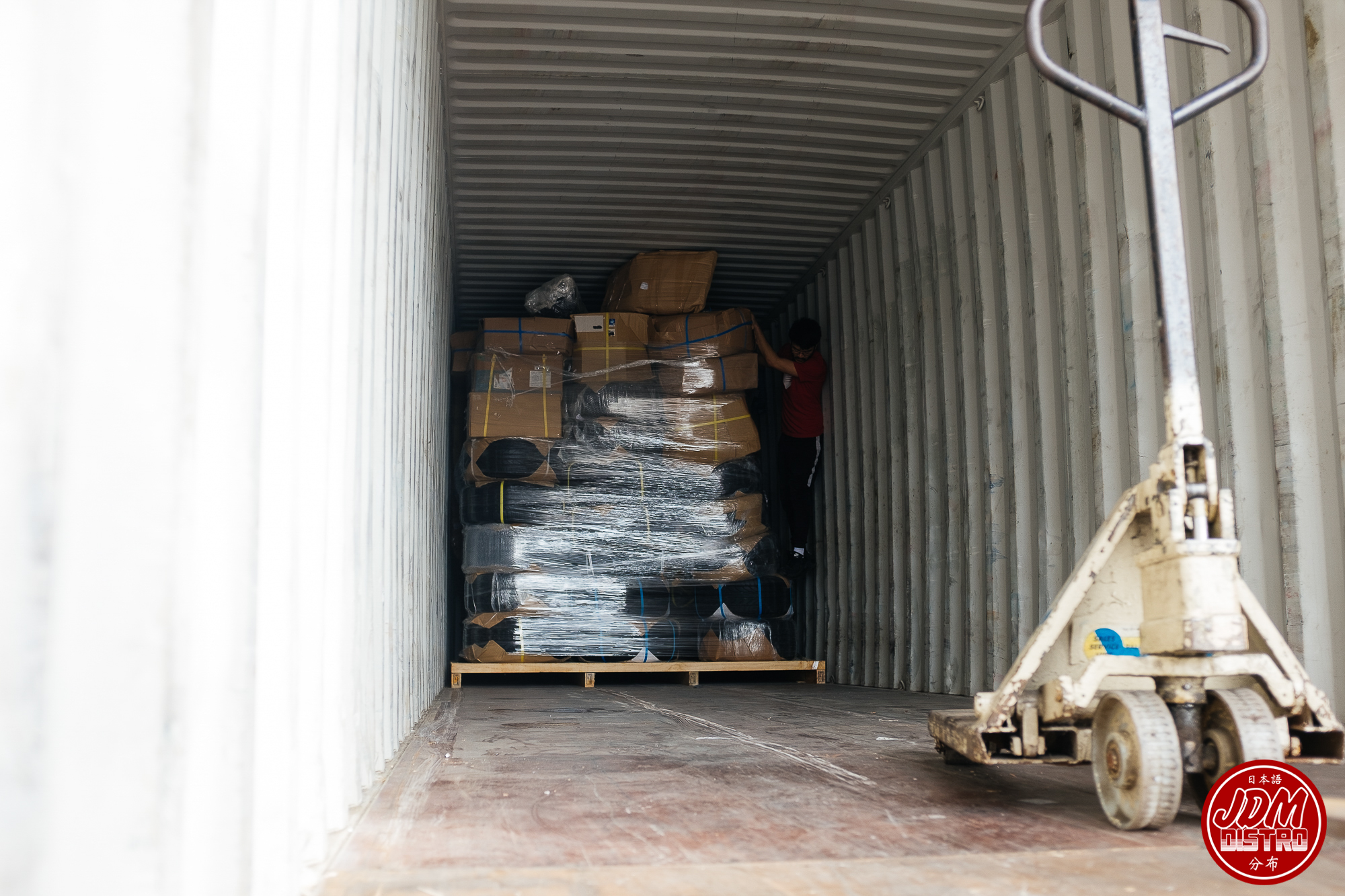 Sean squeezes in behind the pallet to take down as much of the loose standing aero pieces as possible, this gives us enough wiggle room to carefully manoeuvre these big chunky pallets out without them breaking apart. We also don’t want these fragile pieces of Aero to get damaged either so taking them out first is always essential.

I love this shot, as you can see from the photo we pretty much packed out the floor after this container. Three pallets of wheels and two pallets with a combination of wheels and Aero and there is a stack of loose stuff which isn’t in the frame on the right bottom corner. Unloading the containers is always one of the more entertaining parts of the job and this one was no different.