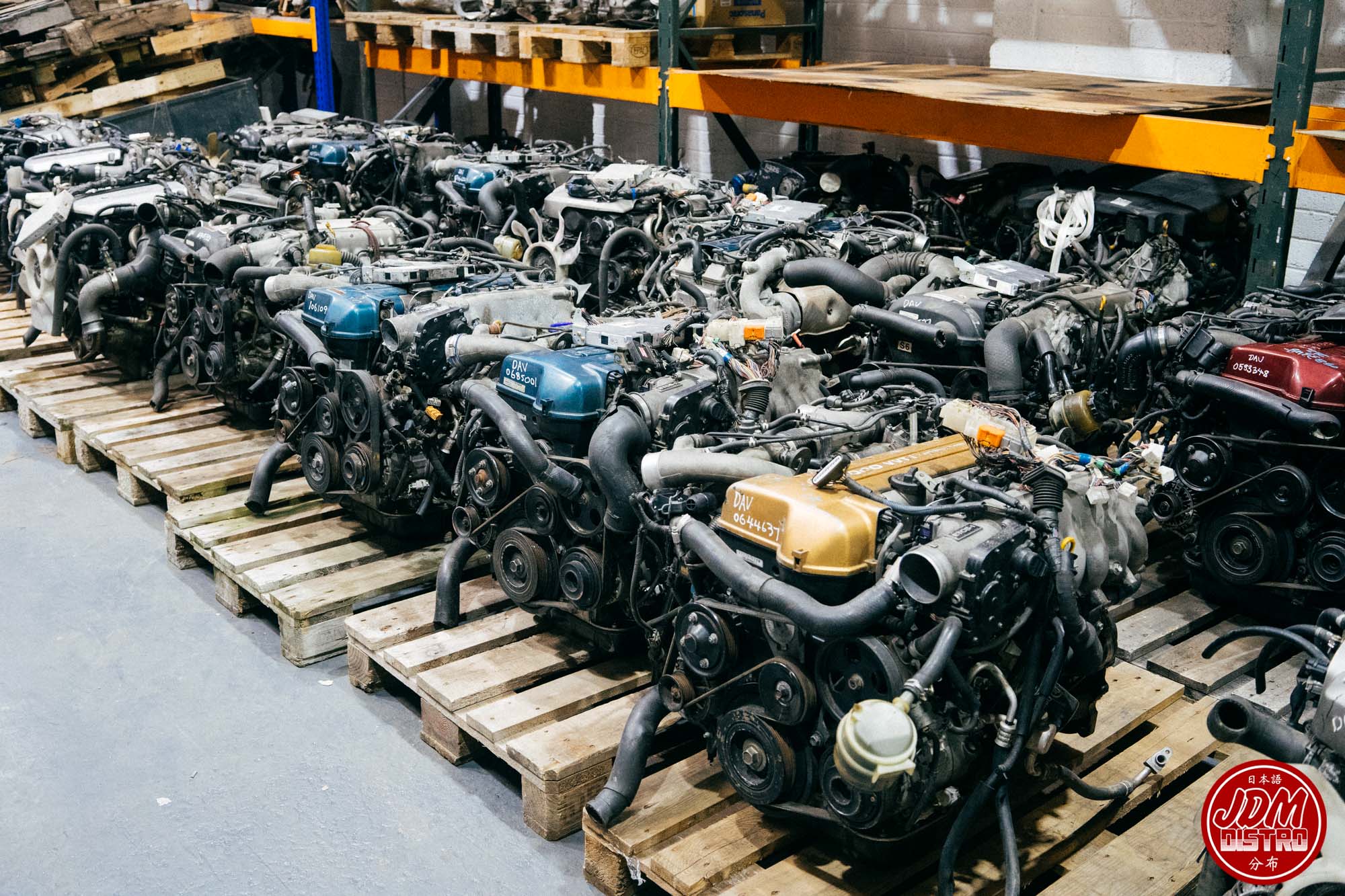 Back in April, we unloaded our biggest shipment of six-cylinder engines ever. It was made up of Neo RB25’s 1JZGTE’s and 2JZGTE’s. 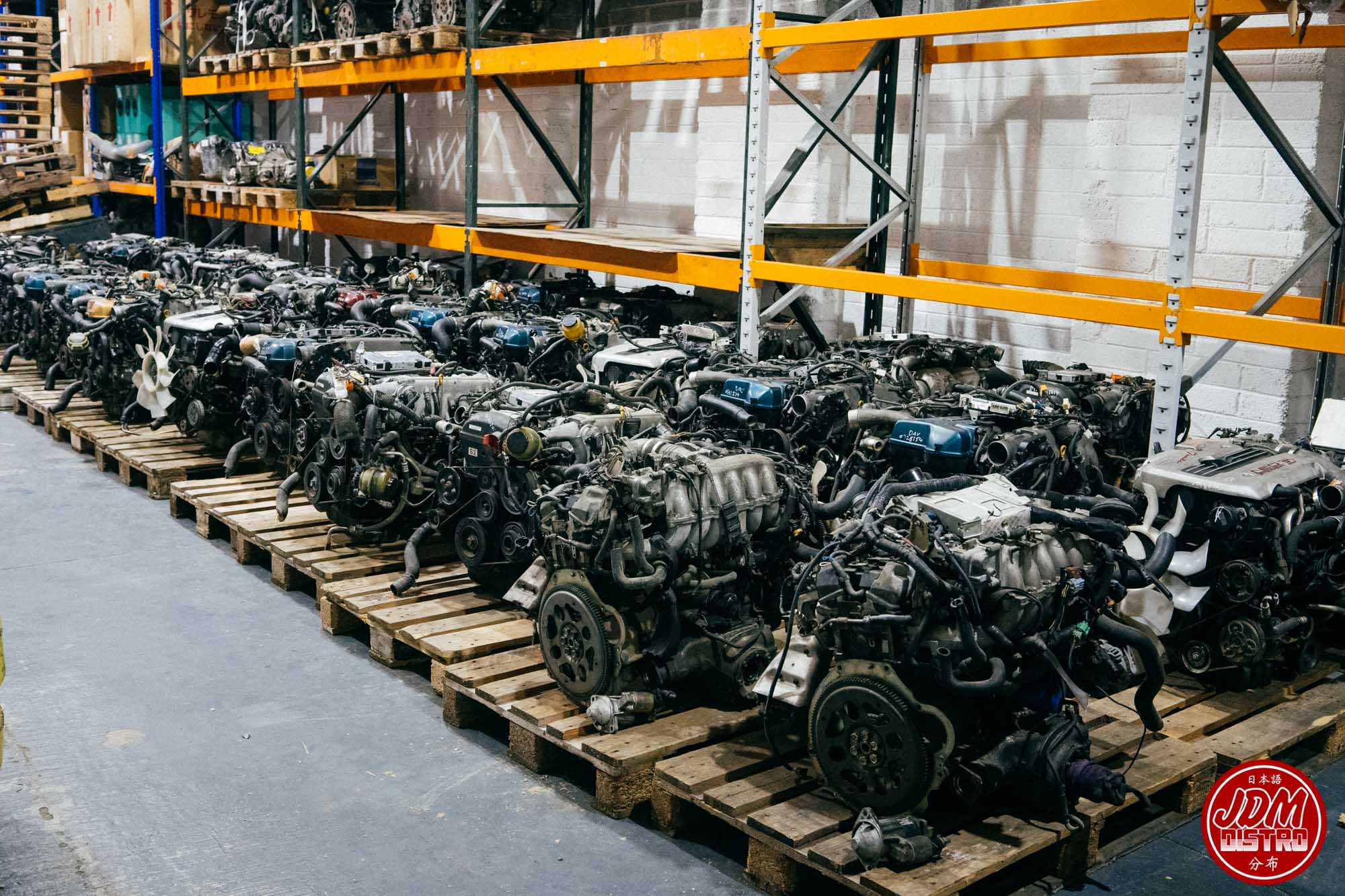 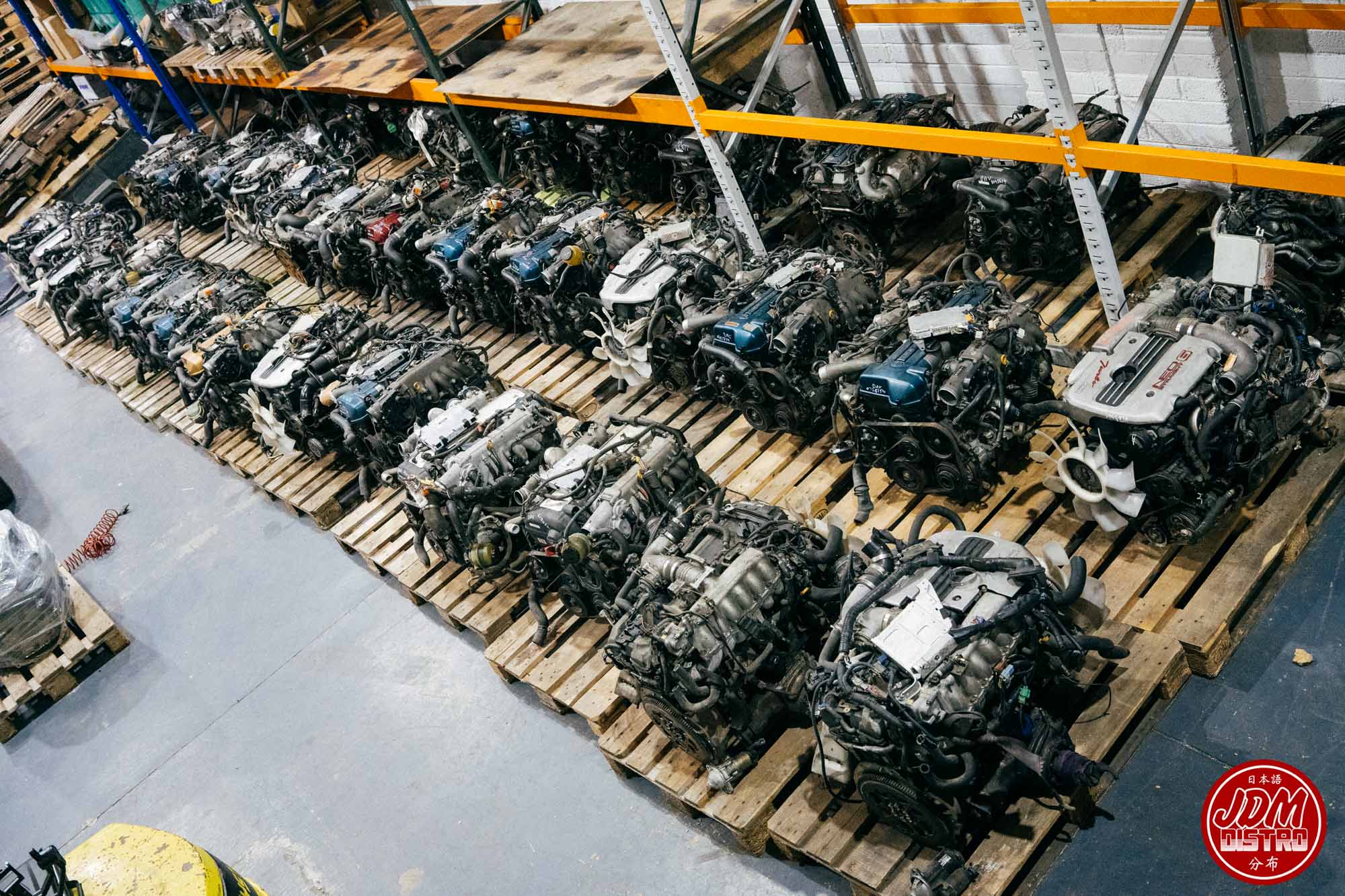 I’m not sure if we will ever be greeted to such a large stack of engines all laid out like this again, let’s just thank Japan for producing such large quantities of these six-cylinder lumps in a variety of different unassuming machines. 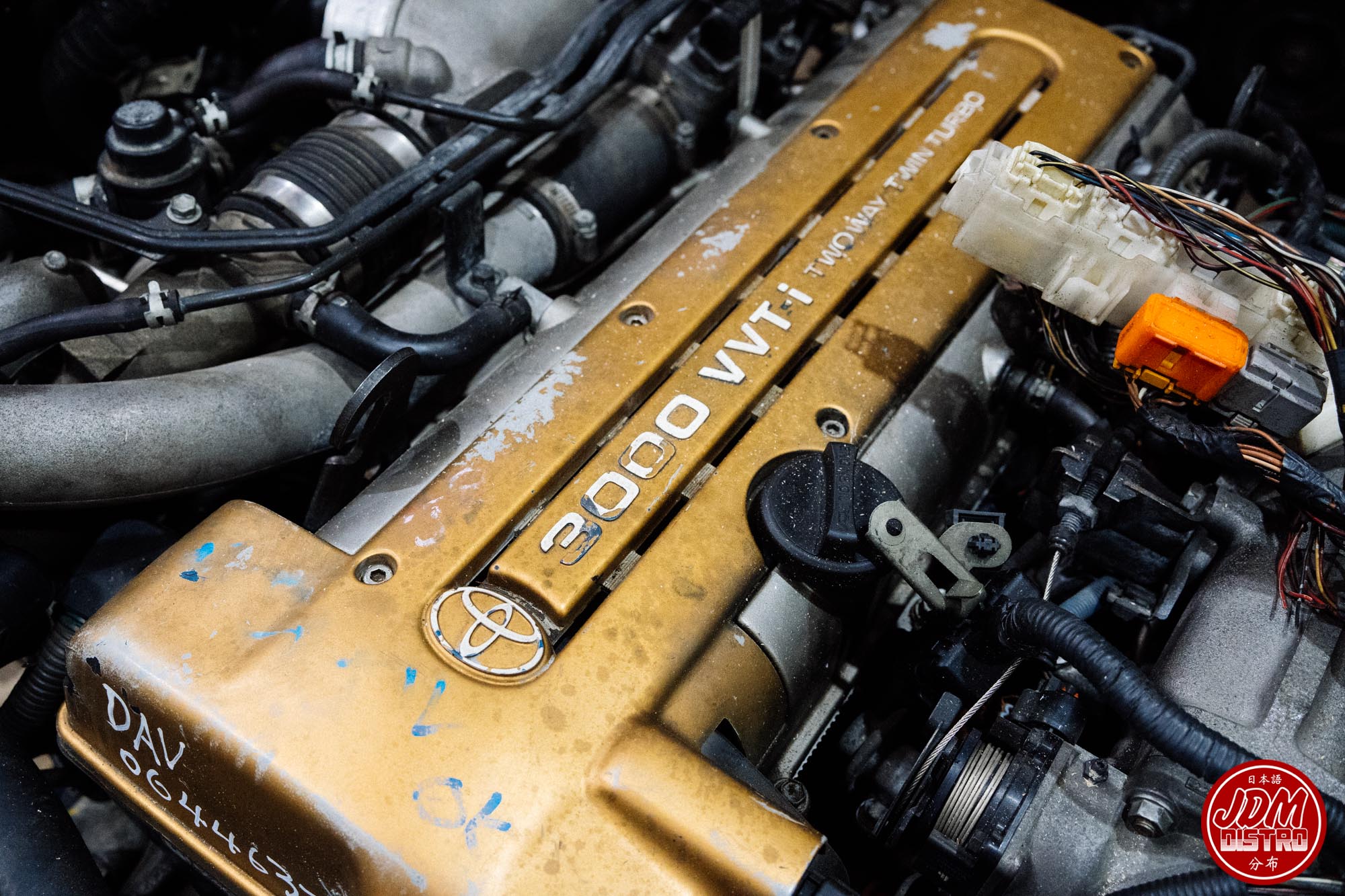 Judging by some of the cam covers, a few of these engines have a tale or two. We try to buy as many engines as possible from automatic or lightly modified cars but a few of them definitely came out of some cool machines. Buying mostly from automatics ensure the best chance of these engines being in good shape. Thankfully, the most popular engine of them all, the heart of the Supra otherwise known as the 2JZGTE was also mass-produced and fitted to the JZS147 as a non-VVT-I and the 161 Aristo as the VVT-I. Its our most popular requested engine and arguably the most popular Japanese engine ever made. 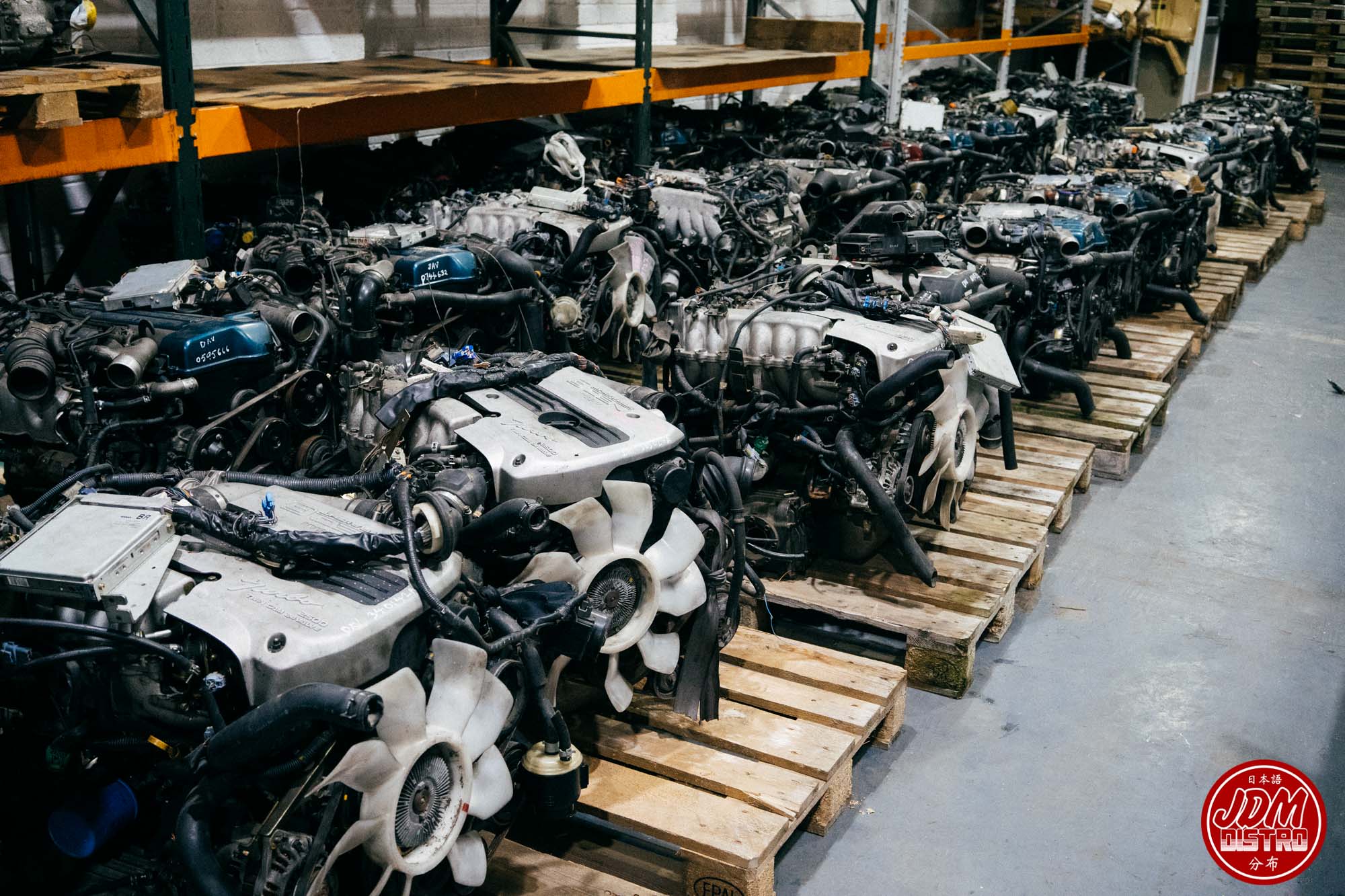 The 1JZGT’s in VVT-I form were all pulled from Crown’s which are more or less all automatic asides from odd Tourer V chaser. The RB25’s have all been ripped from Stagea’s. This was an impressive batch to receive all at once. I’m sure we will look back on these photos in years to come when donor cars are less plentiful. We hope to have another batch like this before the end of the year as the winter months are always the busiest.