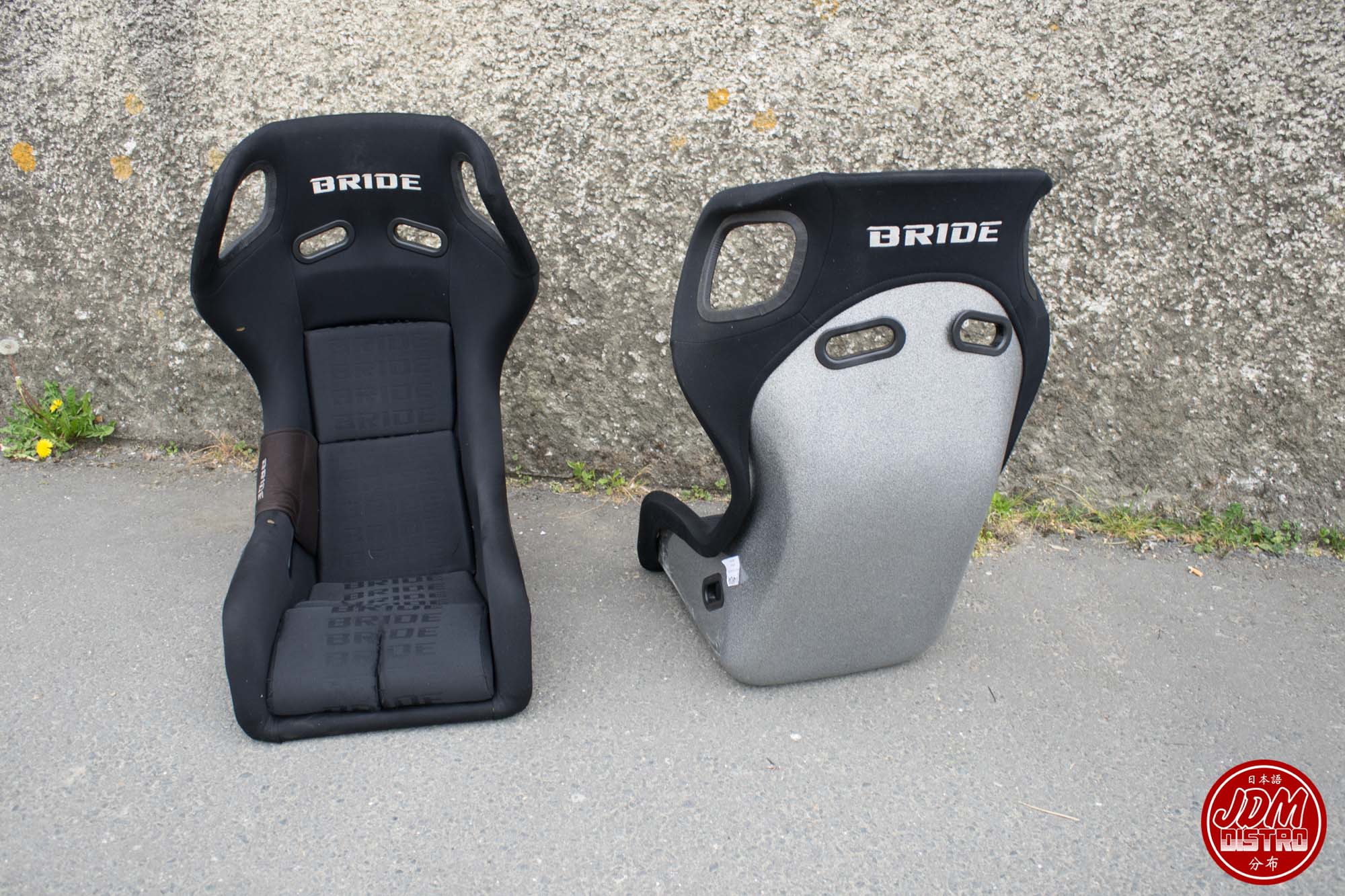 If you are into Japanese cars, you probably have a love for Bride seats. They are one of Japans only racing seat manufacturers that still exist and have been churning out some of the coolest chairs for over three decades. 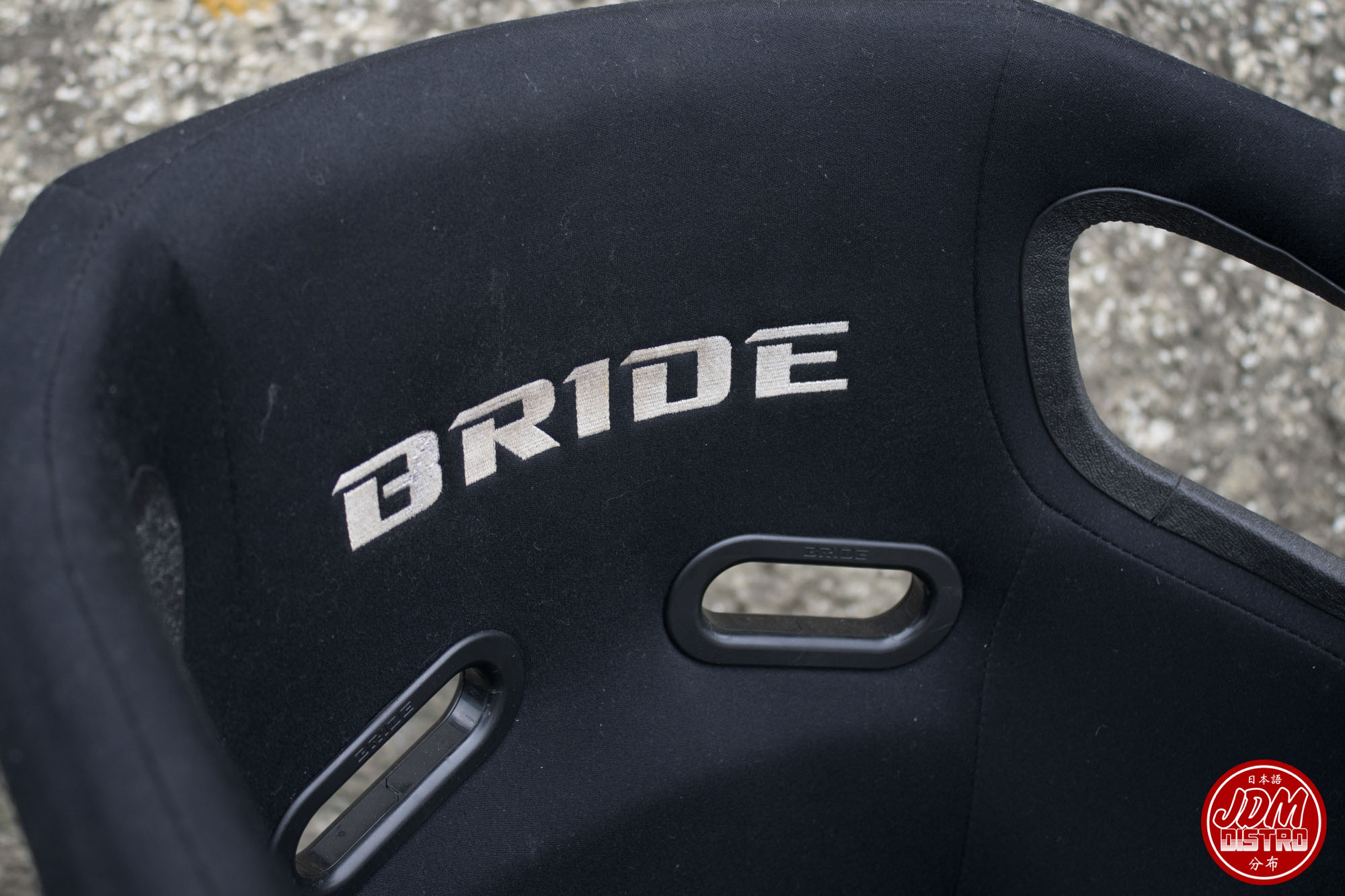 Bride has built so many interesting models over the years it’s sometimes hard to keep track of what’s what. Its sometimes hard to differentiate between seat models as each generation has different sizes in the bolsters or different harness holes and so on. These here are a crazy looking seat here are called the Gardis III, these are part of the third generation of Bride seats which are available at the moment. 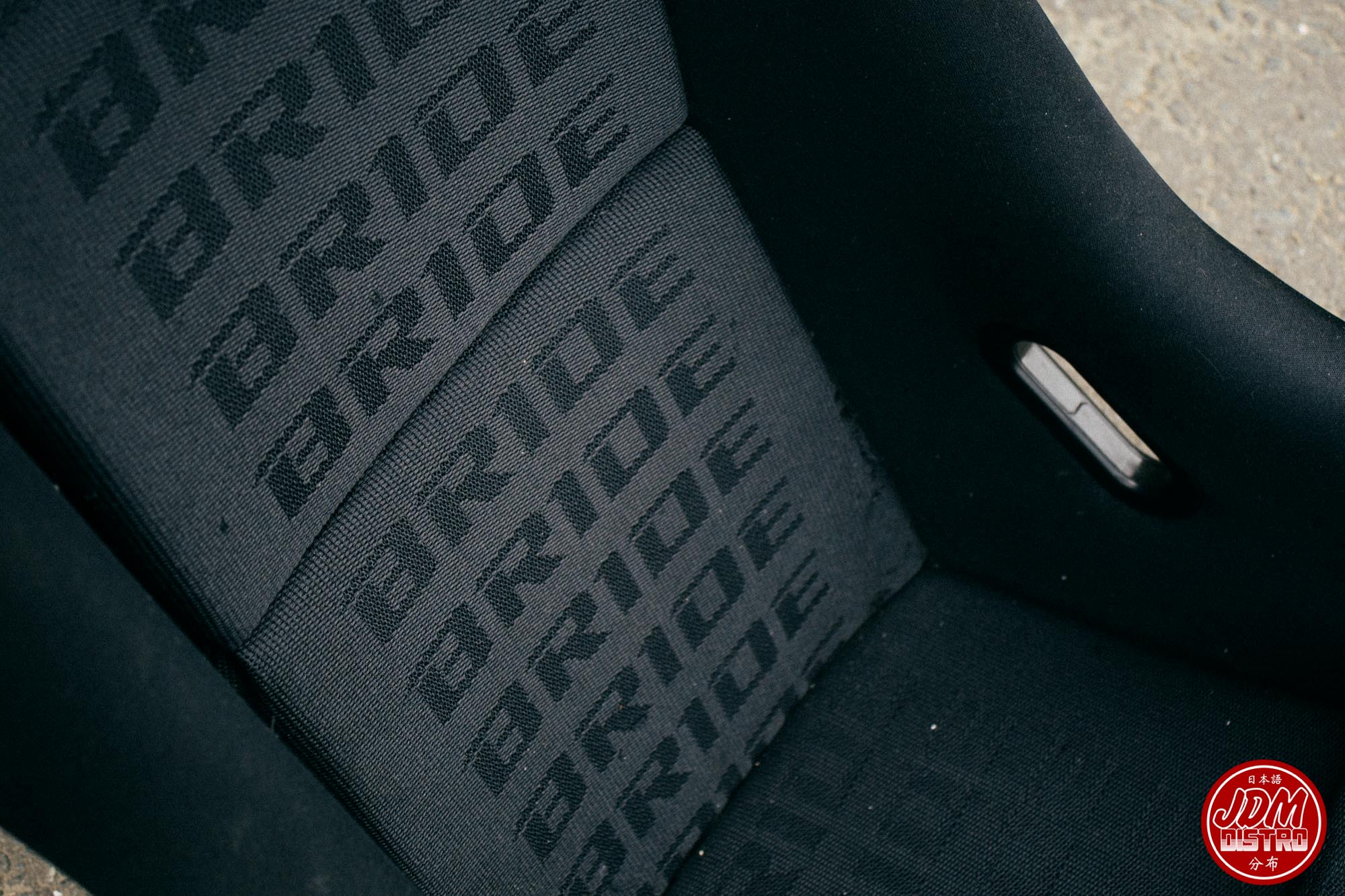 A lot of the third series seats come with an optional glitter back finish. They look great especially in a lot of the newer chassis, but can pretty much work in anything. 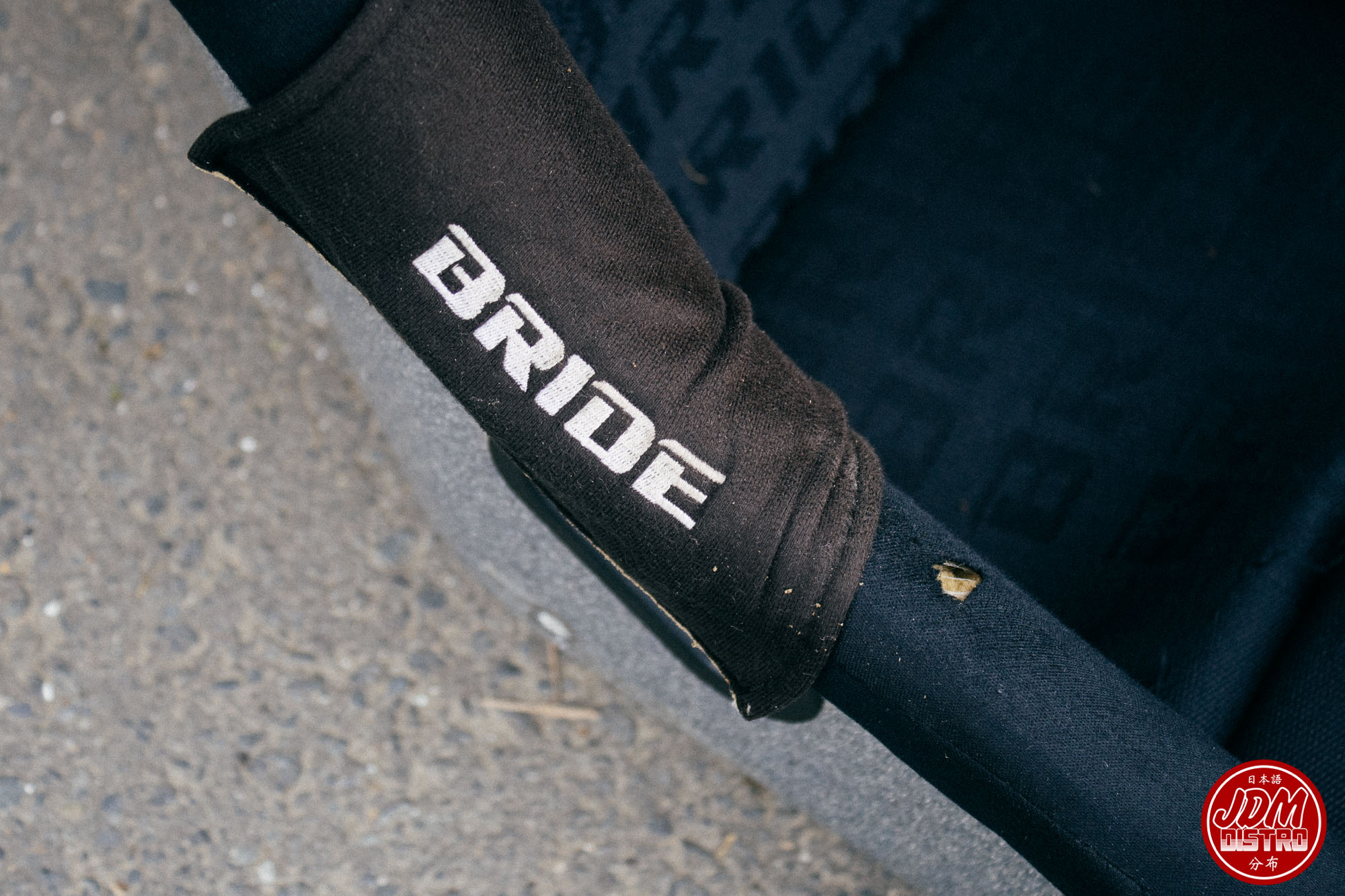 We buy a lot of used seats which means there will always be one or two slight wear and tear signs as seats take a lot of frictional abuse from people moving around, getting in and out. This is rare enough on the ones we try to purchase as we would much prefer sourcing the cleanest examples we can find. Those little side pads are ideal for slowing down bolster wear. 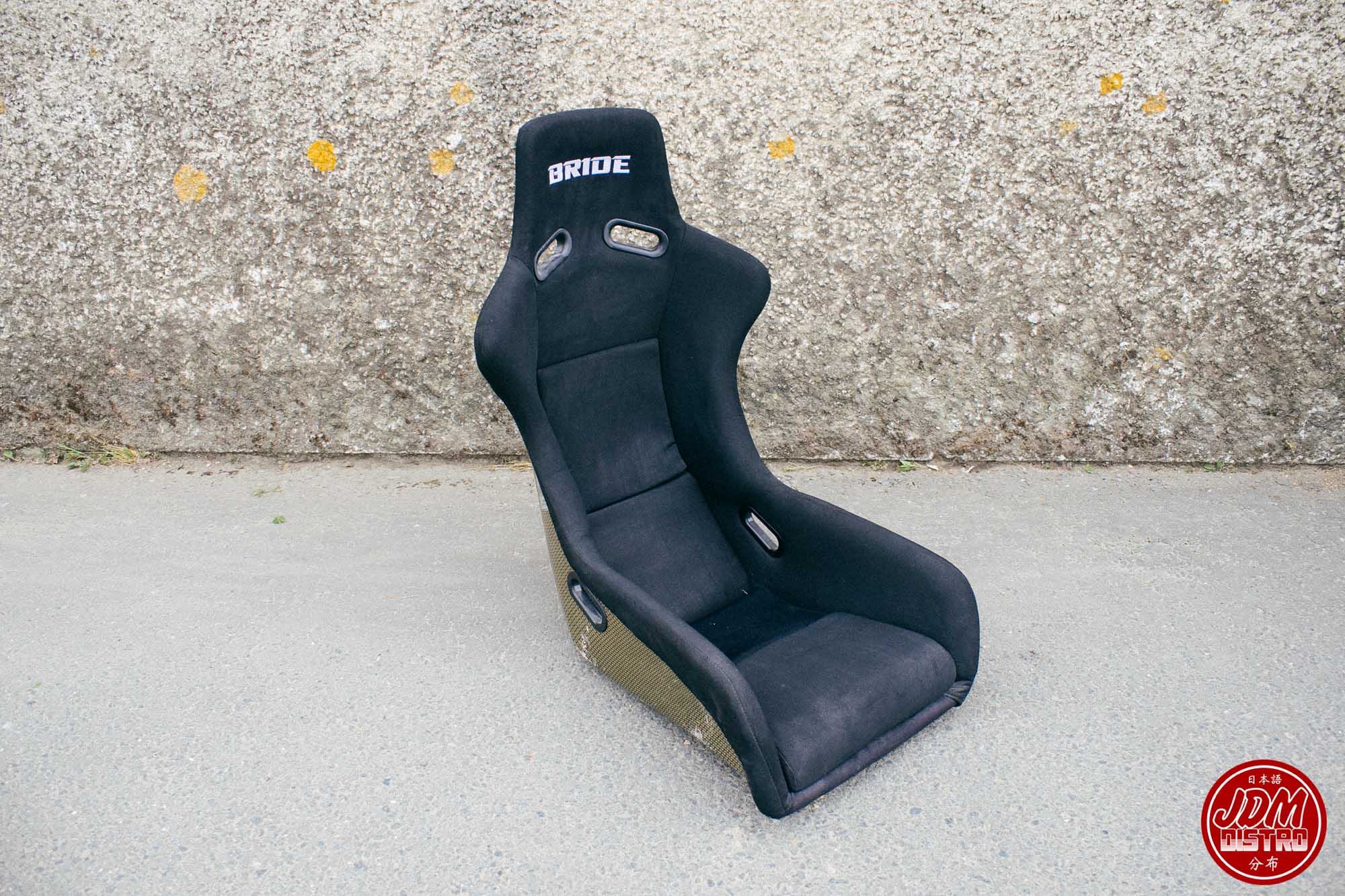 This seat is a Bride Zieg II. It’s easy to spot this shape as its different from the newer models but these look very similar to the original fix back series. The best way to tell the difference with these seats is the II series has two cushions on the backrest. 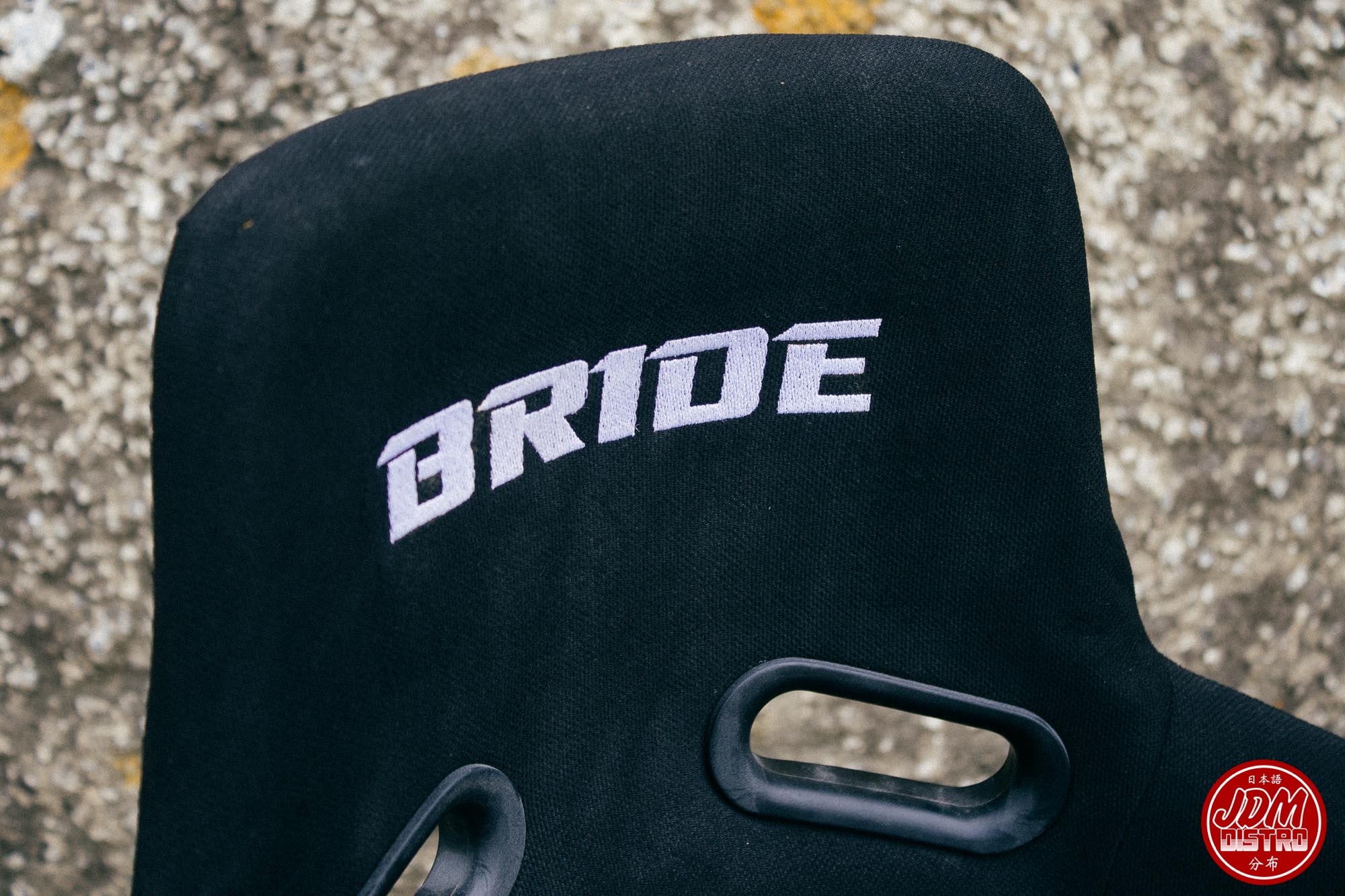 This seat looks just like the Zeta but its much deeper on the sides. I’ll have to admit this is one of the best Brides to ever pass through the shop. It was in incredible condition and was sporting a carbon-kevlar shell. 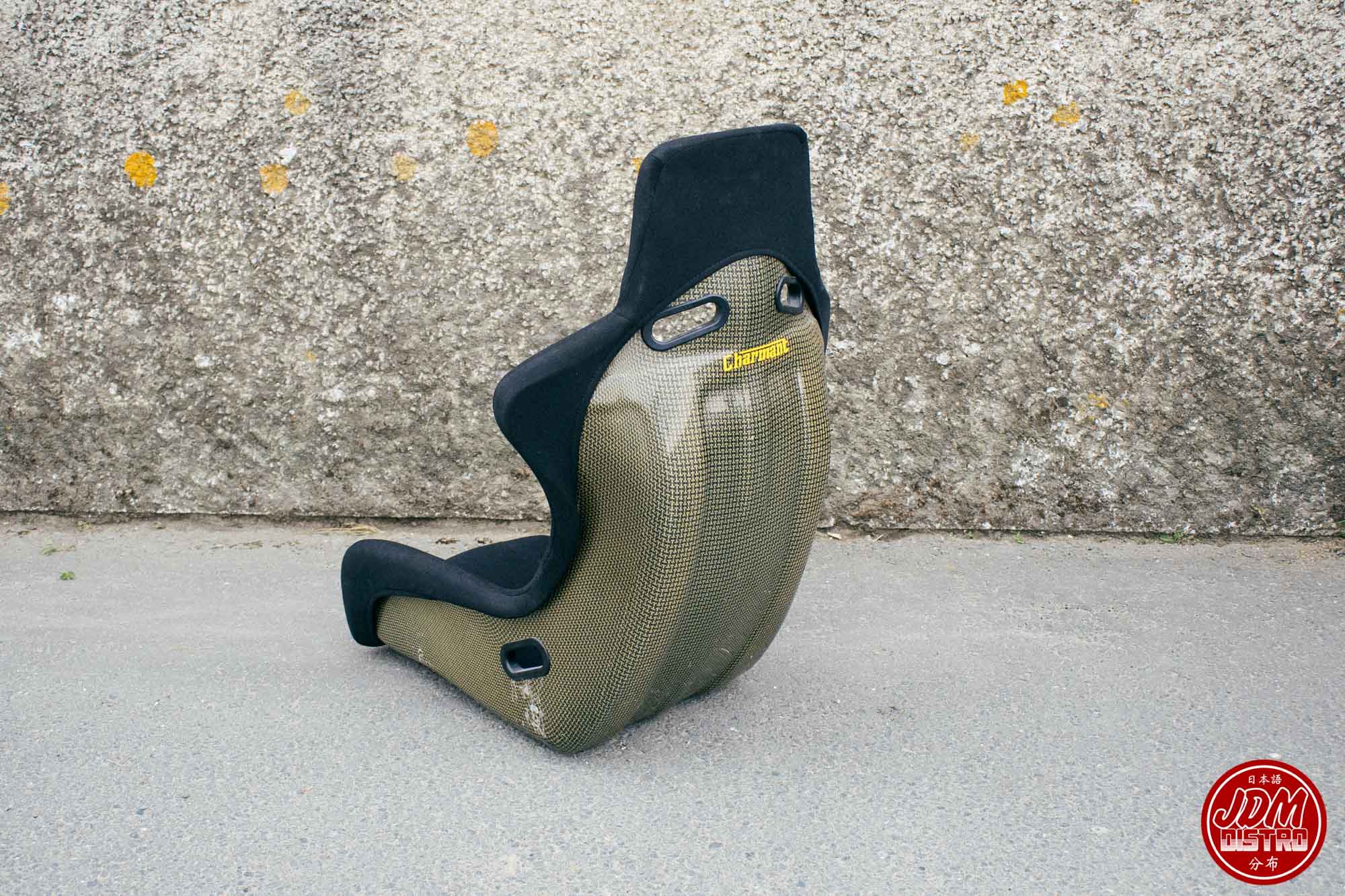 The shell is in great shape and the carbon kevlar against that black cloth! What a beauty. 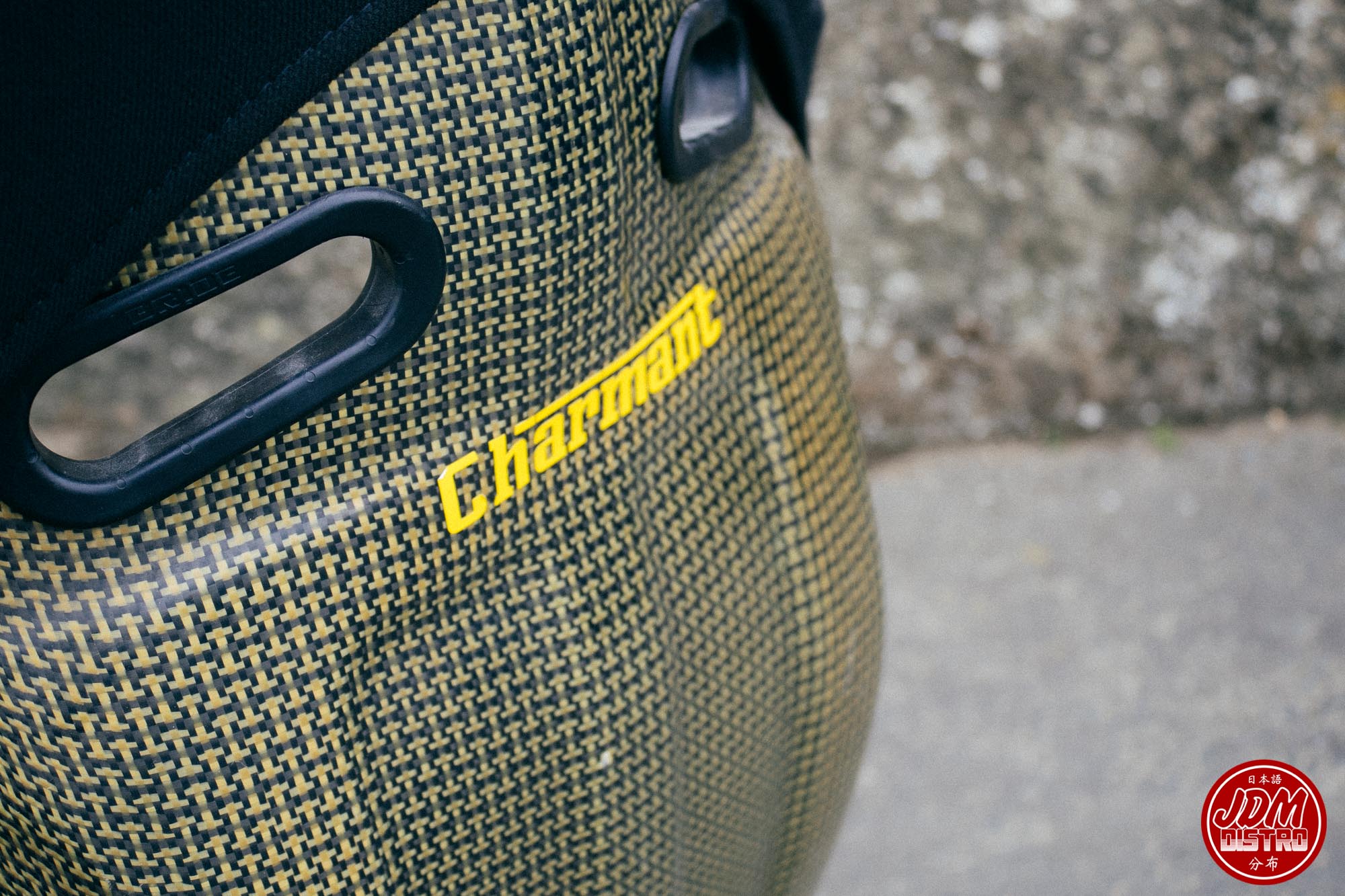 Look how good this thing is! There are so many amazing variations of Bride seats for sale in Japan, the only killer is supply and demand. A lot of the older stuff, pre-2003 is in high demand all over the world so prices are rising every year. You can still pick up a Bride for about 400-450 euros but anything like this carbon Kevlar example would fetch an easy 900 – 1000 euros or more depending on the condition. 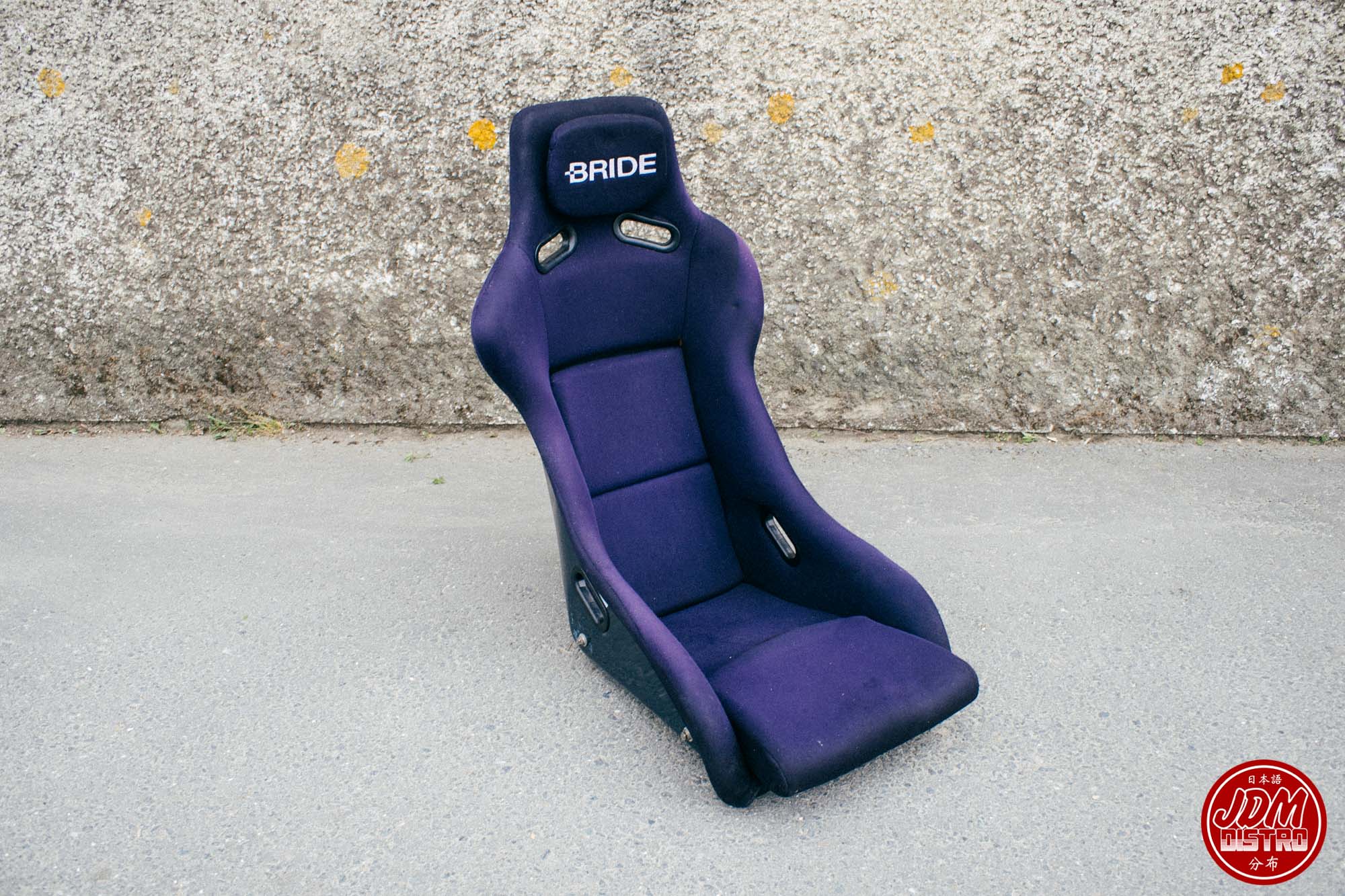 A lot of the seats fade over time due to the intensity of the sun over in Japan. This is a second-generation seat, very similar to the one above it but this one is called a Bride Artis II, the Artis series was designed for smaller cars. You can see the offset shoulders.

Sometimes the seats come with cushions which is a bonus, this seat is in really good condition asides from a little sun damage. 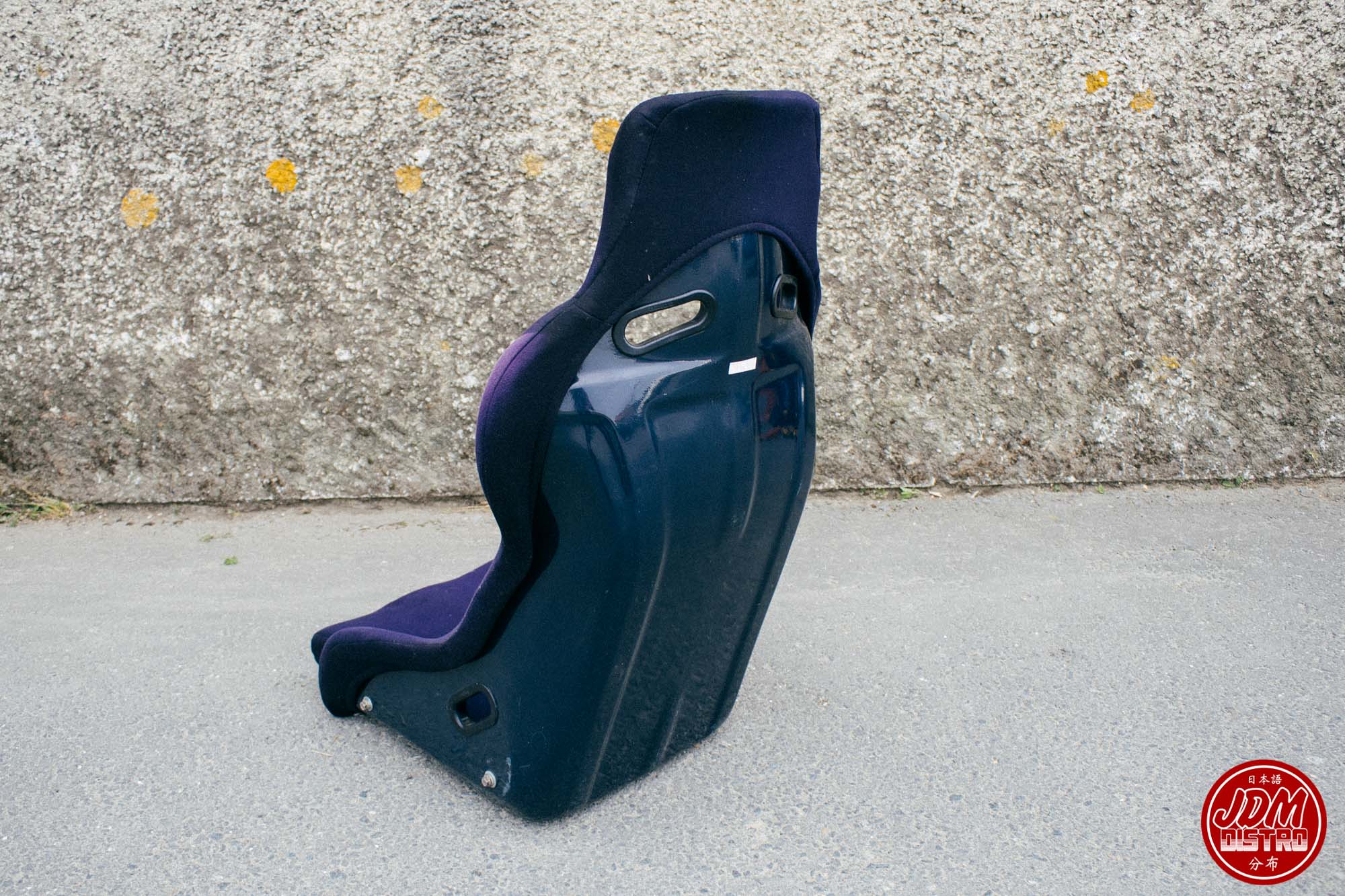 Most of the Zeta/Artis/Zieg II series comes with a navy or black rear shell. This is my favourite generation of Bride seats. 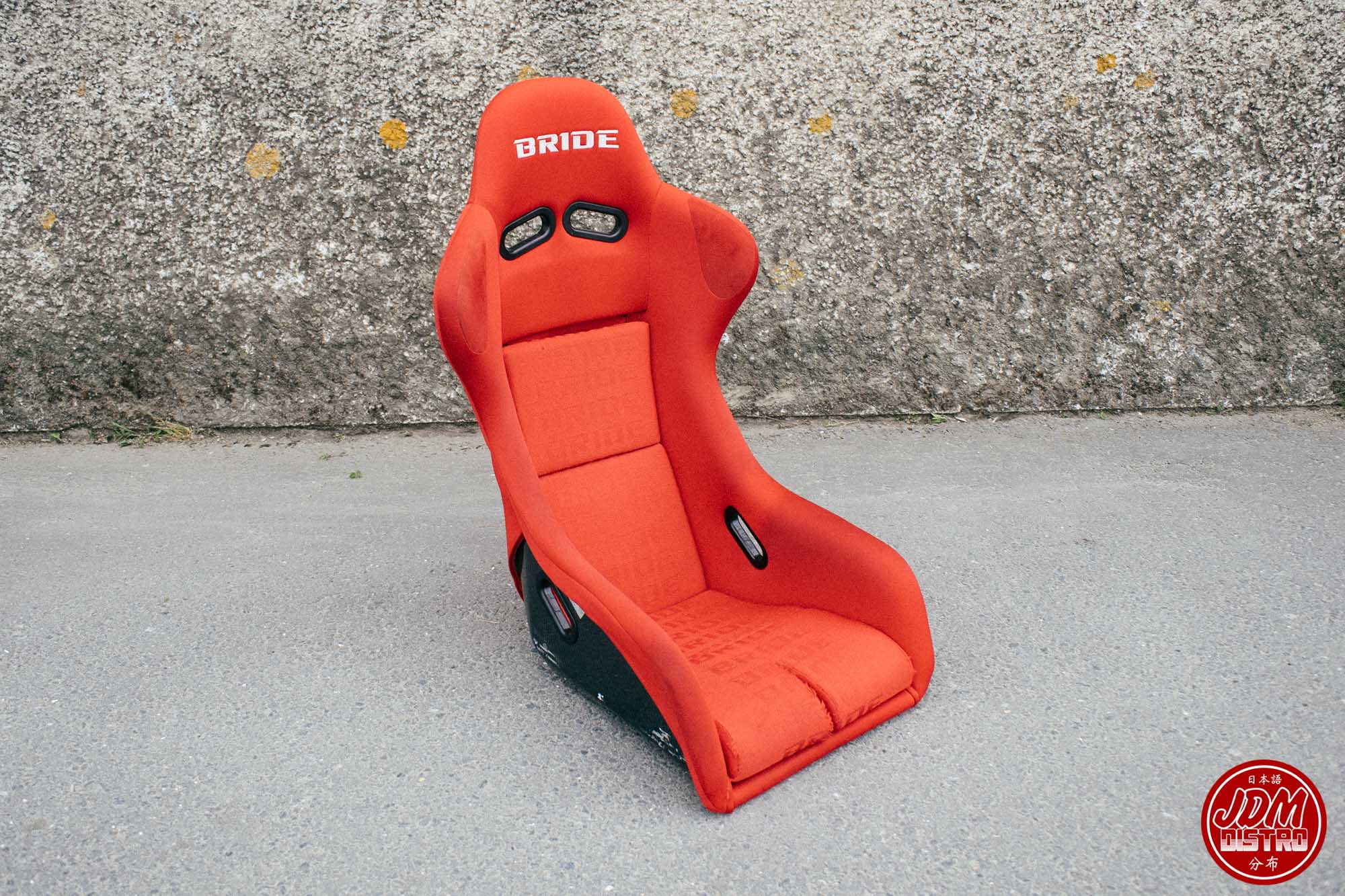 This is one of the most common modern Bride seats. This is a Bride Zeta III seat and can be found in almost all modern-day Japanese modified cars. This one came with a rear shell protector. These are cool, this one was tucked in under the harness loops and come in handy if you want to protect the rear of the seat as they can get pretty scratched up, especially if you have people in the back or use the back of the car for other things. This would be a great seat in an s-chassis or similar. The red cloth is protecting the goods. Underneath is a stunning carbon shell. The red and carbon combo is the stuff of dreams. Bride makes some tasty stuff for us to drool over. 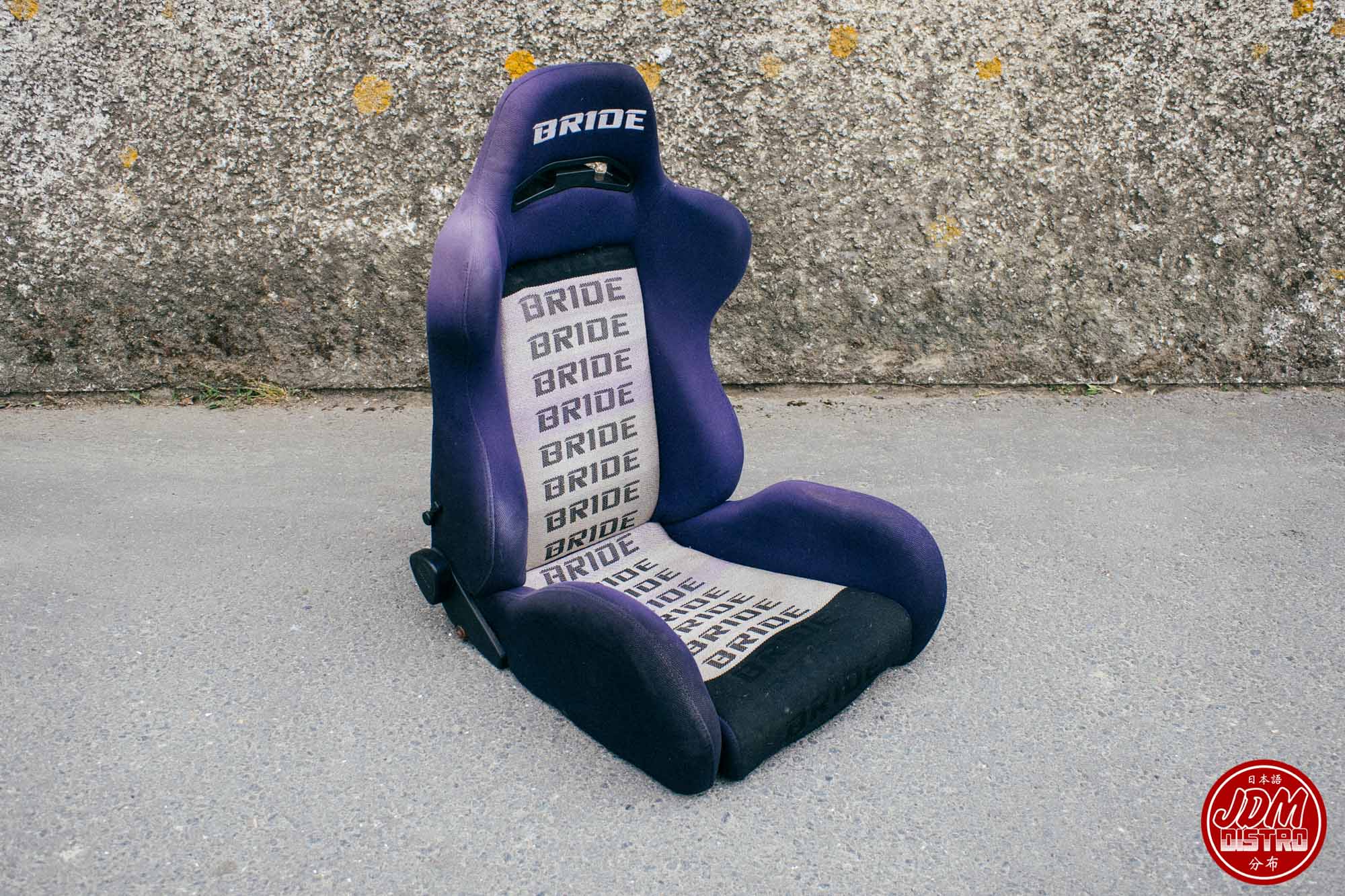 This is a Bride Brix, these are the most common Bride seat you will see in cars that have been imported from Japan. These are comfy, they recline but still give an amazing hold. They have deep bolsters which make for a nice fit. That grey Bride logo is iconic and these seats manage to look in pretty much every Japanese car, new and old. 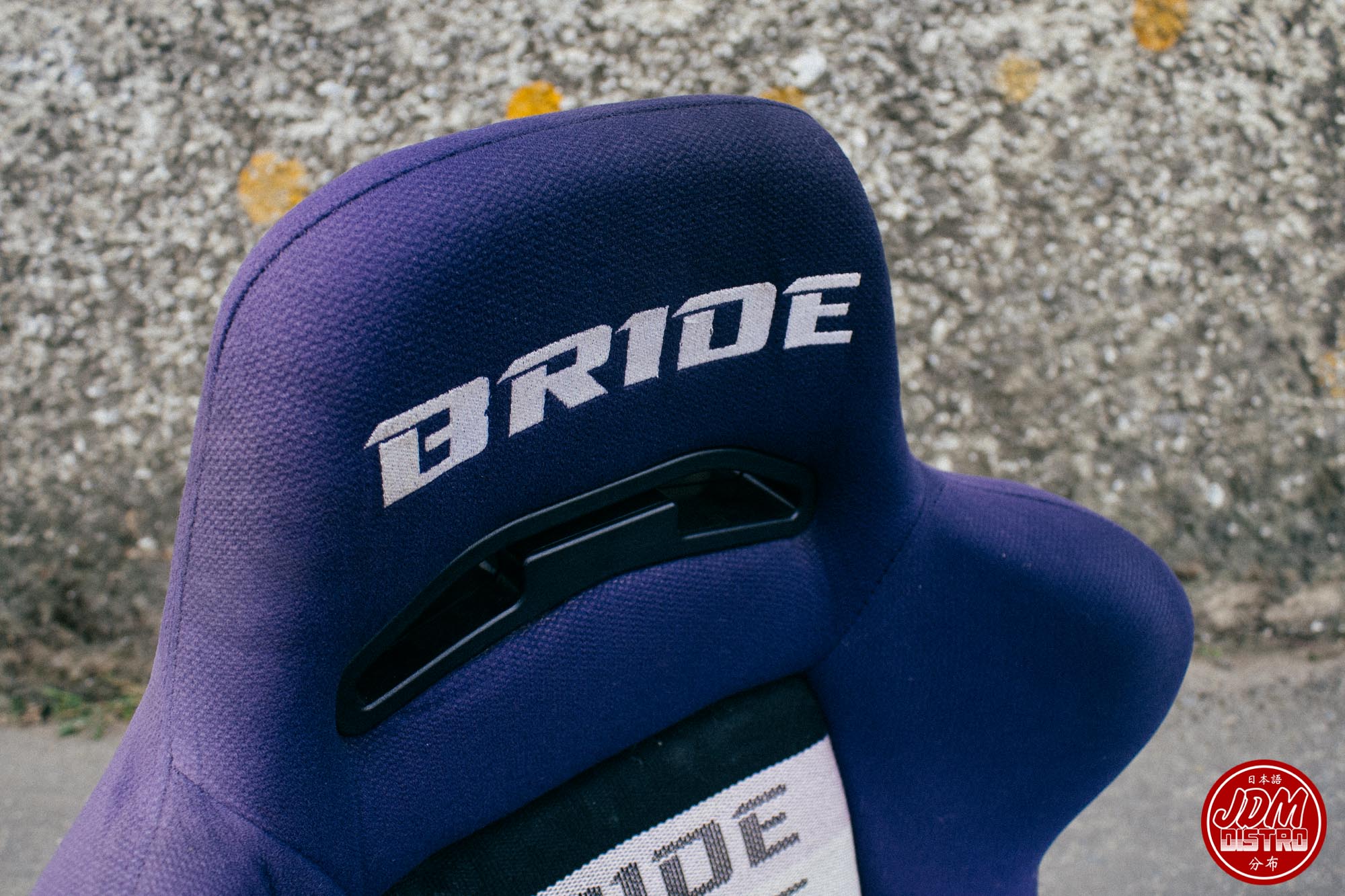 This one was in incredible condition for its age also. Its got a little sun-faded but the overall material had no rips or wears. I’ve always lusted after these seats and it’s very hard to find them these days without wear from daily use. 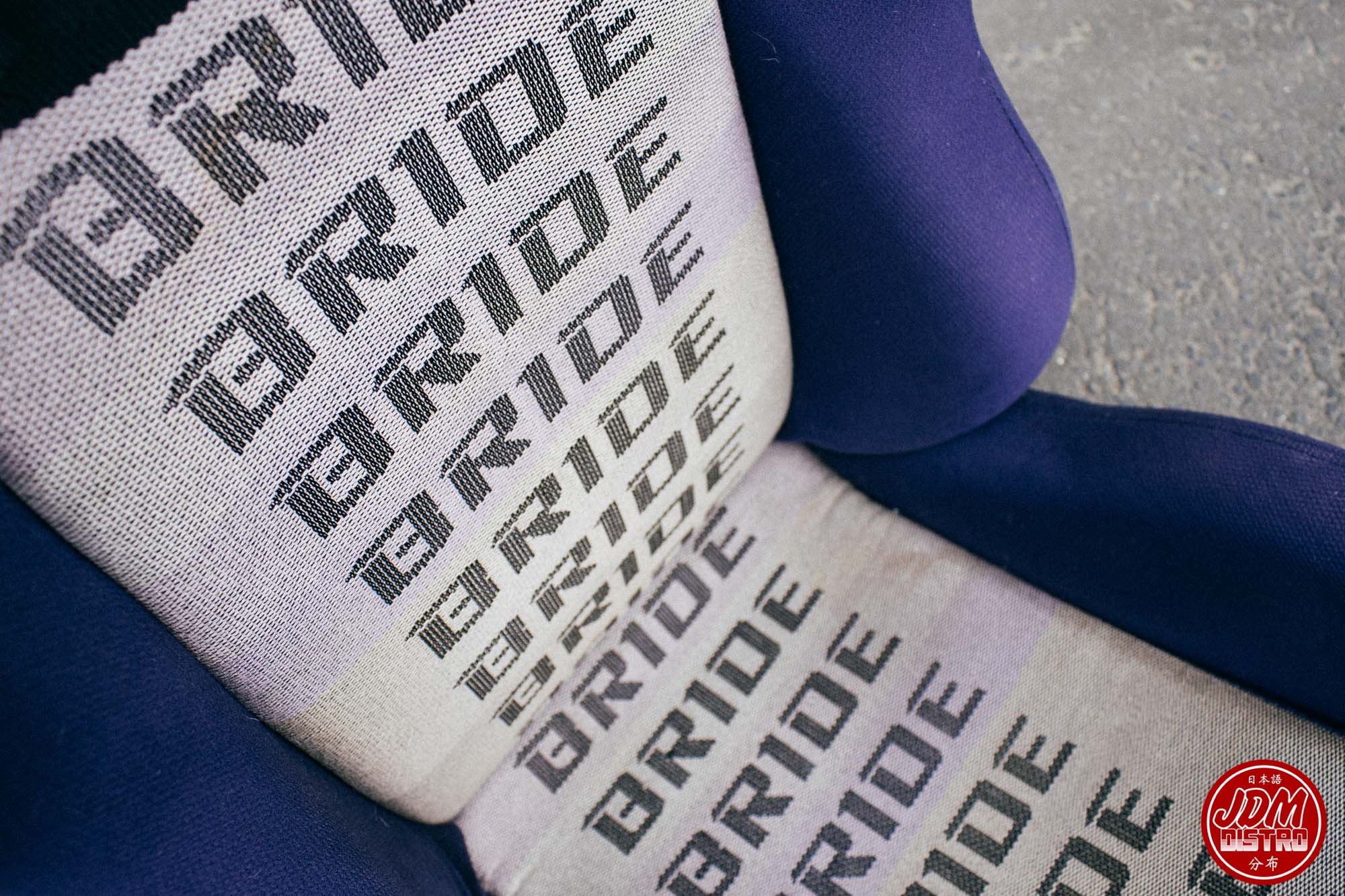 These will forever be cool. That grey against the navy is such a timeless design. I love how they decided to plaster the logo down the entire seat with many of their recliners over the years. 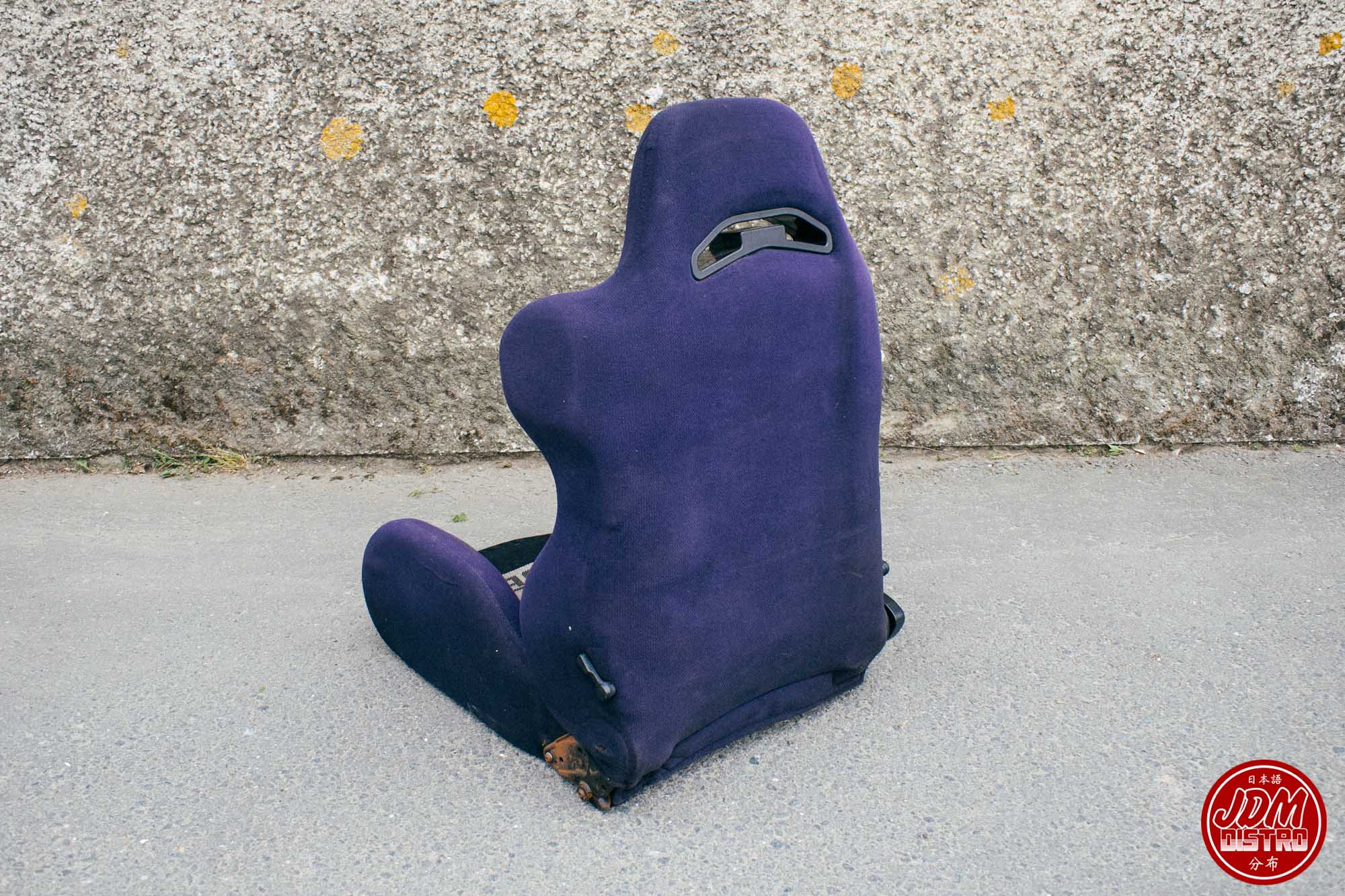 The back end looked just as good as the front, a seat like this would fetch anywhere from 450 euros to 550 depending on condition. There are a few cheaper more used looking seats available on yahoo, but people generally tend to look for the cleanest options possible like the ones we posted above.

These are generally the type of Bride seats we pick up at auction. No fakes, all proper lightly worn stuff from Japan or Brand new when requested. These seats have been apart of many famous Japanese builds over the years. Sure there is Recaro, but Bride is the ultimate Japanese seat company. All the seats are handmade in Japan and they’ve been apart of some of the coolest builds over the last thirty years. We back Bride 100%